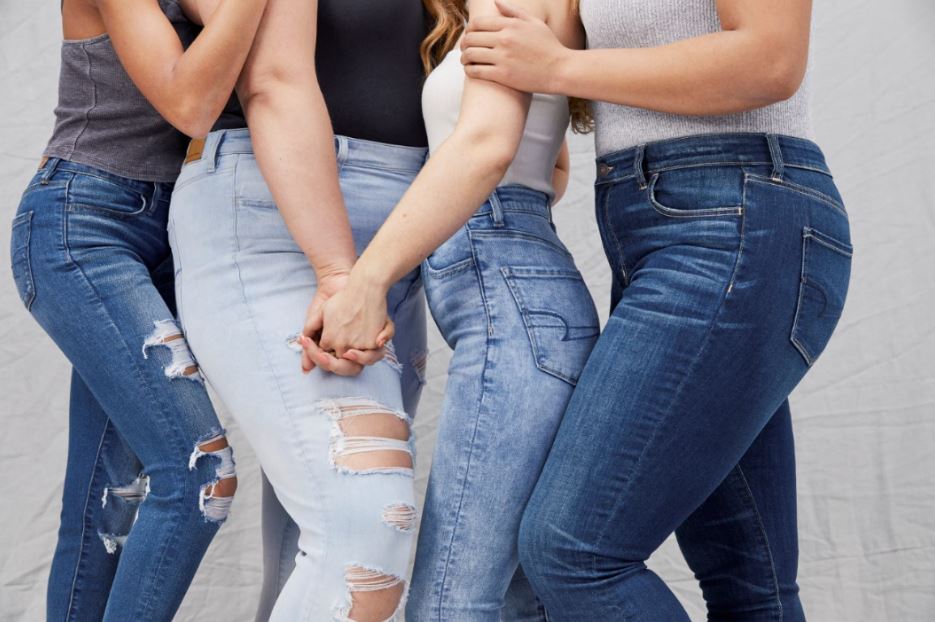 Earlier this year, American Eagle Outfitters took a gamble that turned the heads of not only customers, but other marketers as well. Like many brands pursuing the fickle tastes of Gen Z shoppers, the mall-based apparel retailer had convened focus groups full of teens, eager to hear what they did and didn’t like. And like plenty of other youth brands, American Eagle was careful to cast actual youths in its advertising, too. But then, it took things a decisive step further by taking a gamble: It put the juveniles in charge of the entire marketing campaign—the concept, the clothes, the shoot, the script, everything.

“We turned the whole thing over to the kids,” said global brand president Chad Kessler. Young shoppers, he added, “want to support brands that support them and they feel like they have a voice in creating what the brand has been all about.”

Watching the spot—which consists of jerky, handheld footage of kids mugging for the iPhone camera, cracking up, speaking gibberish and occasionally uttering something surprisingly profound—you might not feel like you understand what the brand is all about. Which is the point. When it comes to speaking to an enormously fickle audience (one that plenty of brands have faltered in trying to capture), American Eagle has clearly found its formula, and the kids have paid them back for it.

While Calvin Klein, Armani, Wrangler and Pepe are all household names of blue jeans, here’s a little-known fact: American Eagle outsells all of them. American Eagle is the No. 2 jeans brand in America, and among female denim buyers, it’s the No. 1. With prices in the $50 range, the company is nicely positioned between the pricey designer brands and the $10 specials at Walmart—which helps explain why the company sold $1 billion worth of jeans last year and continues to sell them at a rate of 61 a minute, 24 hours a day. And the company’s Ne(x)t Level Stretch fabric—which has won kudos from many a female shopper—seems likely to keep that momentum going. “We offer the best jeans on the market—fit, fabric, washes and value,” Kessler said. “Our customers know that about us.”

At a time when brands like Gap, J.Crew and Guess shutter stores and attempt to redefine themselves, American Eagle has become a $3 billion brand. Its parent company, American Eagle Outfitters (which includes the popular intimate-apparel brand Aerie) has logged 16 straight quarters of positive comp sales as of Q4 2018. By itself, AE.com cranks north of $1 billion in annual sales.

One reason why American Eagle has gotten the youth thing right is that it’s had practice. The American Eagle story begins long before anyone ever heard of Gen Z—or even baby boomers. In 1904, a menswear store called Silverman’s opened in the Pittsburgh suburb of McKees Rocks. The store prospered, but by the mid-1970s, brothers Mark and Jerry Silverman decided to diversify. When it opened in 1977, American Eagle Outfitters sold casual clothes and sportswear aimed at young fellas who liked to spend time outdoors. The stores were popular—more popular, it turned out, than Silverman’s. By the end of the 1980s, the Silvermans had sold their stake to another apparel family, the Schottensteins, who made some strategic changes.

While American Eagle’s 1992 decision to switch to private label was a crucial step toward differentiation and controlling costs, it was a deal struck in 2000 that put it on the map with the youth of America. That year, the TV show Dawson’s Creek was two years into a successful run on the WB. As TV Guide later said, for teens coming of age in the late 1990s, “the show was a defining part of adolescence.” That meant not only the coming-of-age angst you’d expect, but also the look of it. Scrubbed, wholesome and cute, the cast members wore their chinos and button-down shirts with style—and soon, they were wearing clothes provided by American Eagle. By 2001, the hugely influential show would help drive American Eagle’s net income north of $105 million. (Soon, American Eagle was sending its clothes to the wardrobe department of MTV for Road Rules and to movie sets, too.)

In 1977, brothers Mark and Jerry Silverman—owners of menswear store Silverman’s_opened the first American Eagle Outfitters store (1) in Twelve Oaks Mall located in Novi, Mich. By 1980, Silverman’s Menswear (2) became part of the newly formed Retail Ventures Inc., which includes the American Eagle brand. By the end of the 1980s, the Silvermans had sold their stake to the Schottensteins. The company first started its foray into the digital age in 1998 with the launch of ae.com (3), later releasing its mobile app in 2011. American Eagle has maintained a stronghold with the younger generation by spotlighting real teens: Its spring 2019 campaign featured 10 real Gen Z cast members, including sisters Mariana (4, l.) and Andy (r.) Villarroel Lua.

Once American Eagle captured the youth market, it basically never let go of it. Its formula of quality clothes, moderate prices and friendly stores keeps Gen Z in brick and mortar. And by putting its corporate voice behind important issues such as diversity, mental health and LGBTQ awareness, the brand demonstrates that it’s philosophically in Gen Z’s corner, too.

“We try to reflect the customer and celebrate them for who they are,” Kessler said. “We want everyone to feel good in their own skin and express themselves with what we offer. That’s allowed us to stay relevant and current over the decades.”