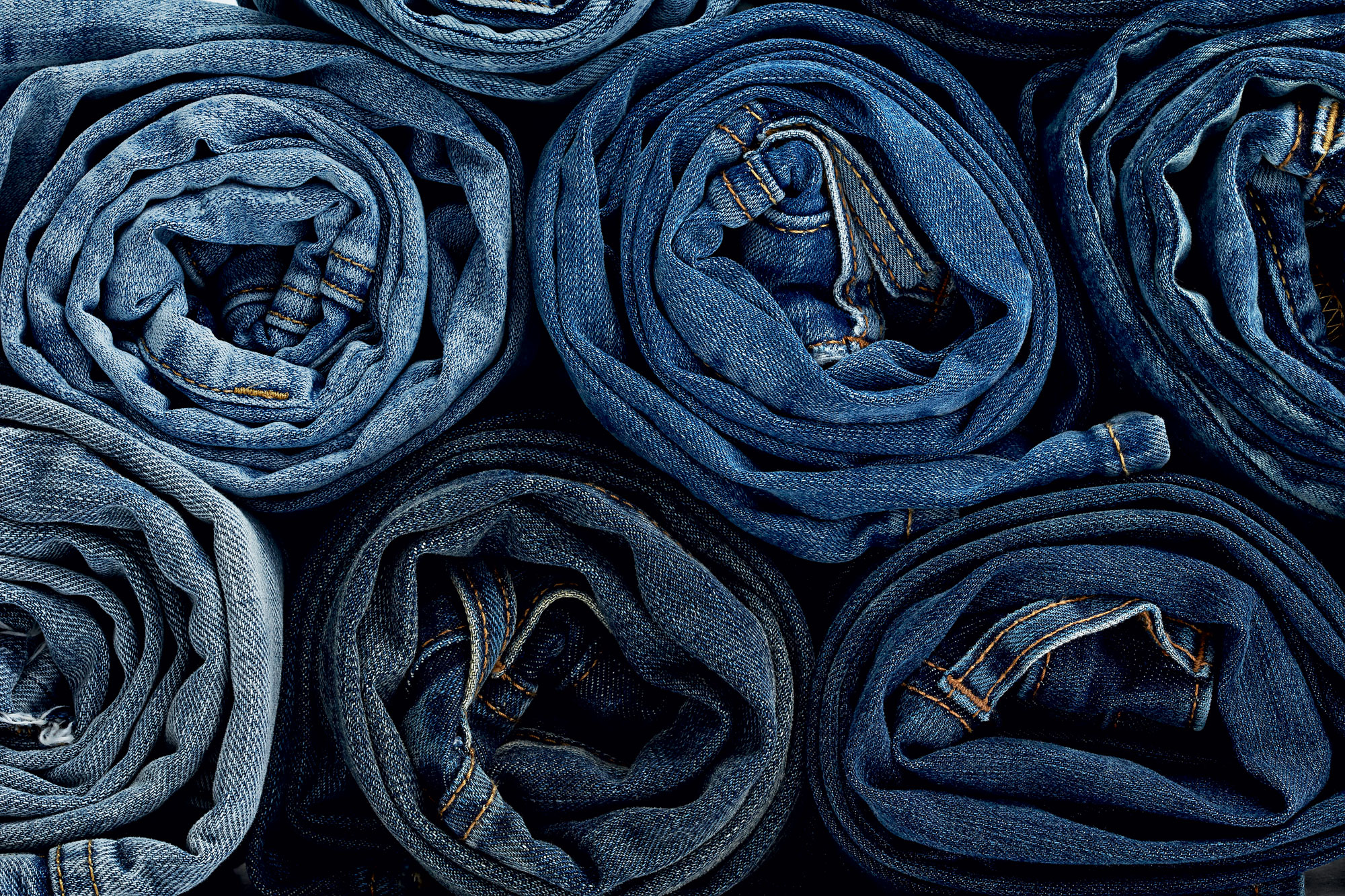 AEO Board Of Directors

Executive Chairman of the Board and Chief Executive Officer

Since 1992, Jay has been a visionary leader for American Eagle Outfitters. Together, with his father Jerome Schottenstein, the two forged a path that led to the evolution of AEO from a single brand company, to a multi-brand global business. Jay has been instrumental in the successful growth of American Eagle and the launch of the Aerie brand, and has built a strong foundation for AEO’s leading market position.

Jay returned to AEO as Chief Executive Officer in 2014, a position he previously held from 1992 to 2002. He has served as AEO’s Chairman of the Board continuously since 1992, and he remains one of our largest shareholders. Jay’s expertise across apparel merchandising, operations, retail, real estate, brand development and team management provides valuable leadership and vision for the company.

Senior Executive Vice President, Chief Digital and Information Officer, CommonSpirit Health Member of the Audit Committee Suja has been a Director of the Company since March 2018.  She leads tech and digital transformation at CommonSpirit Health, one of the largest Healthcare systems in the United States. She previously held the role of head of digital and information technologies at Kimberly-Clark Corporation. She led the company wide digital transformation efforts across business and technology at Kimberly-Clark. Prior to that Suja served as SVP, Chief Technology and Data Officer at Walmart Inc. She has also led digital, business transformation and eCommerce at The Timberland Company, PepsiCo and Nestlé SA in C-level global roles. Suja holds a Bachelor of Engineering from the University of Madras, India and a Master of Business Systems from Monash University in Melbourne, Australia. She has executive development education from London Business School. With more than 25 years of experience in technology and leadership roles, Suja brings vast information and digital technology expertise and a wealth of leadership experience in the global retail and consumer industries to the Board.

Member of the Audit Committee Senior Director, G100 Deborah A. Henretta has been a Director of the Company since February 2019. Deborah serves as a Senior Advisor to G100, a C-Suite leadership, learning and development company. She retired from Proctor & Gamble, Co. (‘P&G’) in 2015. Throughout her 30 years at P&G, Deborah held various senior positions throughout several sectors, serving as Group President of Global e-Commerce, which included serving as Head of Global Beauty Care; Division President of Global Baby/Toddler & Adult Care; and Division Vice President of Fabric Conditioners and Bleach. Deborah graduated summa cum laude from St. Bonaventure University with a BA in communications in 1983. She earned her MA in advertising research and teaching assistantship from Syracuse University Newhouse School of Public Communications in 1985. Other Public Company Board Service: Deborah has served on the Board of Directors, Audit Committee and Corporate Relations Committee of Corning, Inc. since 2013 and on the Board of Directors and Nominating/Corporate Governance Committee of Meritage Homes Corporation since 2016. She also has served on the Board of Directors, Compensation Committee, Environmental Safety and Sustainability Committee and Finance Committee of NiSource Inc. since 2015. Deborah was formerly on the Board of Directors of Staples, Inc. from 2016 to September 2017 when Staples was acquired by Sycamore Partners, a private equity investor.

True Partners Consulting, LLC Chair of the Compensation Committee Member of the Audit and Nominating and Corporate Governance Committees Cary has been a Director of the Company since June 2007. He has served as Chief Executive Officer of True Partners Consulting, LLC, a professional services firm providing tax and other financial services, since December 2005. From October 2001 to April 2004, he was the Chief Executive Officer of Sara Lee Branded Apparel. Cary served as Executive Vice President of Sara Lee Corporation, a branded consumer packaged goods company, from January 2000 to April 2004. From November 1999 to December 2001, he served as Chief Financial and Administrative Officer of Sara Lee Corporation. Prior, Cary served as an audit partner with Arthur Andersen LLP. He holds a BS from the University of Illinois and is a Certified Public Accountant. Cary brings to the Board demonstrated leadership abilities as a Chief Executive Officer and an understanding of business, both domestically and internationally. His experience as a former audit partner also provides him with extensive knowledge of financial and accounting issues. Cary’s service on other public boards also provides knowledge of best practices. Other Public Company Board Service: Cary also serves on the Board of Directors, Audit Committee and Finance Committee of Hyatt Corporation since 2013. He was formerly on the Board of Directors of McDonald’s Corporation from 2003 to May 2015, Hewitt Associates, Inc. from 2002 to 2010 and Sara Lee Corporation from 2000 to 2004.

Member of the Audit, Compensation and Nominating Committee Senior Advisor at WPP Mr. Sable is an author, entrepreneur and social activist. He currently serves as a Senior Advisor to WPP plc, a multinational communications, advertising, public relations, technology, and commerce holding company (“WPP”), mentoring and consulting across the company. Previously he was Chairman of VMLY&R. He propelled Y&R to a top-five global creative firm at Cannes, developed new resources and practices, expanded the global footprint of subsidiary company VML, and ultimately helped unify Y&R and VML into VMLY&R. Prior to his time at Y&R, Mr. Sable served at Wunderman, Inc., a leading customer relationship manager and digital unit of WPP Group, as Vice Chairman and Chief Operating Officer, from August 2000 to February 2011. Mr. Sable was a Founding Partner and served as Executive Vice President and Chief Marketing Officer of Genesis Direct, Inc., a pioneer digital omni-channel retailer, from June 1996 to September 2000. Mr. Sable serves on the U.S. Fund for United Nations Children’s Fund (UNICEF’s) National Board, is a past Chair of the Ad Council’s Board of Directors, is an executive board member of the United Negro College Fund (UNCF), and sits on the International Board of the Special Olympics. A frequent keynote speaker and author, Mr. Sable is a designated LinkedIn Influencer, where he ranks among the most widely read business leaders in the world. With more than 30 years of experience in digital leadership and marketing communications, Mr. Sable brings to the Board his strategic insight and ability to connect talent across marketing disciplines and geographies.

Chair of the Nominating and Corporate Governance Committee Member of the Audit and Compensation Committees Janice has served as a Director of the Company since June 2004. Prior to her retirement in 1997, Janice spent 27 years in apparel retailing holding numerous merchandising, marketing and operating positions with Sears Roebuck & Company,(“Sears”) including Group Vice President from 1992 to 1997. While at Sears, Janice oversaw men’s, women’s and children’s apparel, as well as athletic footwear and accessories, among other responsibilities. She holds a BA from Pennsylvania State University. Ms. Page has extensive knowledge of the apparel retail industry and brings in-depth experience across diverse consumer product categories as well as retail operations. Her service on other public company boards allows her to provide the Board of Directors with a variety of perspectives on corporate governance issues. Other Public Company Board Service: Janice served as a Director and Compensation Committee Chair of R.G. Barry Corporation from 2000 to 2014. She served as a Director and Nominating and Governance Committee Chair of Hampshire Group, Limited from 2009 to 2011. She was formerly on the Board of Kellwood Company and served on the Executive Committee and as Compensation Committee Chair from 2000 to 2008. Janice also served from 2001 to 2004 as Trustee of Glimcher Realty Trust.

Chair of the Audit Committee Member of the Compensation and Nominating and Corporate Governance Committees Noel has served as a Director of the Company since June 2011. He was a partner at Deloitte & Touche, LLP, where he practiced from September 1969 until his retirement in May 2010. In his over 40 year career at Deloitte, he served in numerous management positions, including as Deputy Managing Partner, member of the Executive Committee, Managing Partner of Deloitte’s Transaction Assurance practice, Global Offerings and IFRS practice and Technology, Media and Telecommunications practice (Northeast Region), and as Partner-in-Charge of Audit Operations in Deloitte’s New York Office. He holds a BS from Long Island University and attended the Advanced Management Program at Harvard Business School. Noel provides expertise in public company accounting, disclosure and financial system management to the Board and more specifically to the Audit Committee. Other Public Company Board Service: Noel also has served on the Board of Directors and Audit Committee of vTv Therapeutics Inc. since 2015 and on the Board of Directors and Audit Committee, Credit Committee and Finance and Investment Committee of Radian Group, Inc. since 2011. He was formerly on the Board of Directors, Audit Committee and Compensation Committee of Vringo, Inc. from 2013 to 2016.