Executive Chairman of the Board and Chief Executive Officer, AEO, Inc.

As Executive Chairman of the Board and Chief Executive Officer of American Eagle Outfitters, Jay has led AEO through decades of evolution since 1992. He and his father, Jerome Schottenstein, are responsible for forging the path that led AEO from its first signature denim line in 1997 to well over $1 billion in annual jeans sales – and the #1 jeans brand in its demographic and #1 for women across all ages. Jay always envisioned a successful future for the company and built a strong foundation for AEO to grow into its current role as a leader in specialty apparel. His expertise in merchandising, operations, retail, real estate, brand building, and team management have guided AEO from a single brand company to a multi-brand $4+ billion global specialty retailer. AEO has consistently led the industry with financial health, strong cash flow and profitable growth. The rising Aerie brand is today’s most exciting and fastest growing retail brand, and American Eagle is the most consistent, powerful youth brand in the market. Throughout the years, Jay has effortlessly led AEO through store expansions and built the company’s digital business and omni-capabilities to be best in class. He has played an instrumental role in the development of noteworthy brand campaigns, such as #AEJeans and #AerieREAL. Under Jay’s leadership, AEO supports its communities and donates regularly to numerous causes through the AEO foundation with an endowment of $10 million. The company supports mental health, anti-bias and educational initiatives through organizations like the Anti-Defamation League and The Pittsburgh Promise.

“AEO’s purpose is to show the world there is REAL power in the optimism of youth. This strong north star, along with our core values – People, Passion, Innovation, Integrity, and Teamwork – have served as solid and steady foundations. We take our responsibility as a corporate citizen very seriously.“

Jay served as Chief Executive Officer of American Eagle Outfitters from 1992 to 2002, and again from 2014 to present. He has served as Executive Chairman of the Board continuously since 1992. Jay has more than four decades of experience leading well-known retail brands, many of which are owned by Schottenstein Stores Corporation, a family business first established by Jay’s grandfather, Ephraim, over a century ago. Jay is currently Chairman, President, and CEO of Schottenstein Stores Corp., Chairman and CEO of American Signature Inc., Executive Chairman of Designer Brands, Inc., and Chairman and CEO of SB360 Capital Partners. He also holds a board position at Albertsons Companies. He is widely recognized as a respected figure in the retail industry.

Beyond his numerous professional roles and responsibilities, Jay dedicates significant time to civic and cultural organizations. Jerome Schottenstein was famous for helping people in need, and Jay has followed in his father’s footsteps. In 1985, Jay and his wife founded the Jay and Jeanie Schottenstein Foundation, the couple’s personal philanthropic organization. Together, the two of them have donated millions of dollars to causes dear to their hearts, from arts and culture to cardiovascular research.

The Schottensteins support many local organizations, including the Columbus Museum of Art, the United Way of Central Ohio, and Ohio State University. In 2008, the Schottensteins endowed the biennial Jay and Jeanie Schottenstein Prize in Cardiovascular Sciences at Ohio State University, an esteemed award given to outstanding medical and research professionals in the field. In 2010, Jay and Jeanie were named Humanitarians of the Year by the American Red Cross of Central Ohio for their effort. Jay continues to dedicate his time to helping his home city of Columbus prosper and grow. He is a member of the board of directors at the Columbus Partnership and the Columbus Development Corporation.

The Schottensteins regularly contribute to organizations focused on preserving Jewish heritage and history. In 2012, Jay helped establish the National Campus for the Archaeology of Israel, a museum and educational center that will house thousands of important artifacts under one roof in the city of Jerusalem. 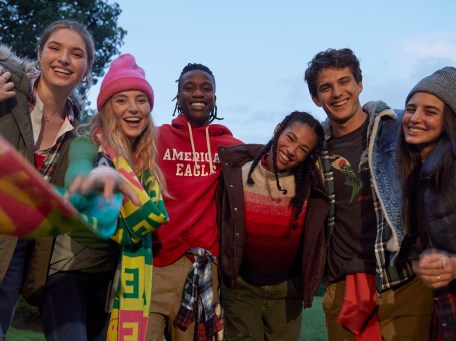