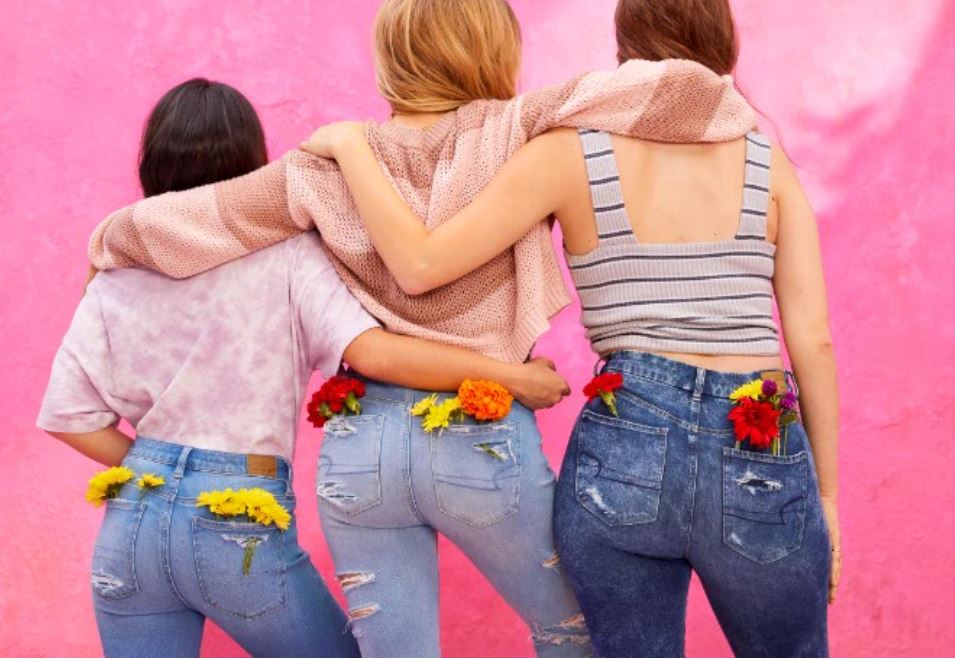 The retailer is also helping raise funds by way of a virtual concert series and social media campaigns as stores remain closed.

American Eagle Outfitters is upping the ante on its fight against the coronavirus.

The retailer, parent to the American Eagle and Aerie brands, is now donating $1 million to COVID-19 relief efforts, along with a million face masks to healthcare workers, in an effort to support communities in need.

“A strong sense of community is at the heart of everything we do and is more important now more than ever,” Jennifer Foyle, Aerie global brand president, said in a statement. “While these challenging times are uncharted territory for all of us, this mission remains more important than ever.”

Other endeavors include Aerie’s contribution to the American Food Fund, the project launched earlier this month by Leonardo DiCaprio and Laurene Powell Jobs, along with help from Apple and the Ford Foundation, to help feed low-income families, senior citizens and children who rely on school lunches amid the crisis. Aerie would not disclose how much it is donating to the program, but said money raised through the fund will go toward nonprofit organizations World Central Kitchen and Feeding America.

The intimates brand will donate to the food fund as part of the #AerieREAL Positivity Challenge, a social media campaign announced on Wednesday by way of Instagram, to encourage Aerie fans to share their ideas on how to keep their spirits up, even in uncertain times.

“We are empowering others to share positive thoughts,” Foyle said of the project, which will feature some of the submissions along its social channels.

Meanwhile, American Eagle is hosting a live-streamed musical concert series called “Come Together, At Home With AE.” Musical guests and exact dates of each concert have not yet been released, but the company said viewers can donate directly to the American Food Fund during each show. American Eagle will match donations up to $100,000.

“By staying connected and optimistic, we will get through this,” said Chad Kessler, American Eagle global brand president. “Using music to create a sense of connection, we will support the important work of America’s Food Fund and its beneficiaries.”

The retailer is also donating more than 2,000 gift cards to medical workers in New York City and has recently made financial contributions to other coronavirus hotspots. Donations include a $50,000 grant to the city of Ottawa, Kan., to help local businesses and nonprofit organizations, $50,000 to the Hazleton Revitalization Fund in Hazleton, Pa., to support local medical centers and businesses, and $25,000 to Mississauga, Ont., Canada’s Trillium Hospital Foundation and the Mississauga Food Bank.

American Eagle Outfitters was just one of many retailers to announce temporary store closures in North America last month in an effort to combat the spread of the coronavirus. At the time, the retailer said stores would close for at least two weeks, or until around March 27, and all associates would be compensated during the closures.

But as the shutdown dragged into April, the retailer was forced to furlough the majority of its in-store and some of its corporate associates. The company also said it was reducing capital spend, suspending its share repurchase program, implementing a hiring freeze and taking steps to reduce inventory. In addition, American Eagle Outfitters drew down $330 million on its revolving credit facility to increase liquidity.

“The measures we are taking today are difficult, and we recognize that these decisions significantly impact our associates, yet are unfortunately necessary for our continued long-term success,” Jay Schottenstein, American Eagle Outfitters’ executive chairman and chief executive officer, said at the time. “This is not business as usual and we are preparing to emerge from this crisis stronger, more nimble and ready to grow.”

American Eagle’s jeans business and Aerie’s intimates businesses have dominated their respective markets for several quarters. However, both are heavily dependent on in-store traffic to drive revenues. (The company operates more than 1,000 stores.)

American Eagle Outfitters’ stock, which was trading just over $8 a share on Wednesday, is down about 44.5 percent since mid-February, when news of the coronavirus began spreading through North America.