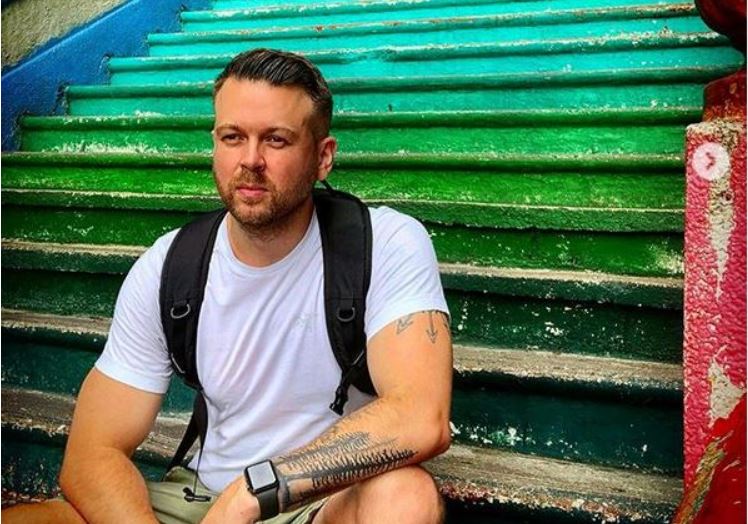 At AEO, we celebrate the diversity of one through the inclusion of many. Throughout the month of June, we will be celebrating associates who are members of the LGBTQ+ community – highlighting their accomplishments, learning about their unique roles and hearing about their experience at AEO!

Throughout his tenure with AEO Inc., Josh has worn many different hats – all of which have supported our field teams. He started his career as an Assistant Store Manager in Texas and was later promoted to Store Team Leader, where he helped open the AE store at Grand Prairie Mall – the second largest store opening in AE history at the time! Today, he is a member of our International team and currently resides in Amsterdam. We chatted with Josh about his role supporting stores across the world and the importance of working for an organization who enourages authenticity and values hard work.

Q. You’ve been with AEO just shy of a decade. What was your career path like?

When I was in stores, I was often tapped by our operations team to support in influencing major projects. Specifically, I supported the team in testing the Associate Onboarding Program before it rolled out to all stores. It was then I learned I had a true passion for training. After working in stores for 6 years, I moved into a role as a Regional Training Manager. It was the first role where I had to learn how to influence associates who didn’t directly report to me. It was all about relationship building and empowering teams. Shortly thereafter, I was asked to join our International Team and I moved to Hong Kong as the Field Sales Manager.

Q. What does your role as an International Field Sales Manager look like?

When I moved to Hong Kong, I supported wholly-owned and licensed stores in Southeast Asia. Essentially, I traveled stores and worked closely with leadership to ensure there was a clear understanding of operational protocol and team training. One thing I love about this brand is that no matter where you are in the world, we want associates and customers to have a consistent, REAL experience. My role is to ensure you feel that experience no matter where you are. Currently, I am in Amsterdam, but I support the EMEA market, specifically licensed stores. Outside of COVID, I travel most of the time!

Q. What are the biggest similarities and differences in AEO stores across the world?
The stores are very similar to what they’re like here in North America! What’s also similar is the talent we hire. No matter where I am in the world, I always love meeting teams and there’s always that consistent AEO Family connection. Also, the message of REAL is truly cascaded throughout the world. While it may look a little different everywhere you go, it’s still at the heart of every store. There are certainly differences, though. For example, to engage with a customer in the Texas looks different than how you would engage with a customer in Abu Dhabi. That’s what makes this role so unique – I love learning about the different cultures and finding ways to still create that authentic customer and associate experience.

Q. What is one career milestone at AE that you’re really proud of?

Second, I’m proud of myself for taking the risk and moving across the world. It’s given me an entirely new sense of confidence. When you’re alone in a new city, you have no one to rely on but yourself. I have learned that I can do anything on my own and that feels awesome.

Q. How has AEO encouraged you to live your REAL self?

When I started in 2011, I had never worked for a company who had celebrated Pride. That doesn’t sound like a big deal but growing up in a closed-minded community, there was always a sense of shame that came with being gay. When AE started building Pride windows and carrying Pride collections, it was such an affirmation for me that I was working in an environment where it was okay to just be me. That was the moment I knew this was an amazing place to work.

When I came out, I was told if I was going to “choose to be gay” that life would never give me as many opportunities. That has turned out to be entirely untrue – the complete opposite in fact. What’s been amazing working at AE is that being gay is not a factor at all. This company has given me so many amazing opportunities that most people in the world don’t get to have, gay or not. Looking back, it’s so empowering to be able to prove those stereotypes wrong.