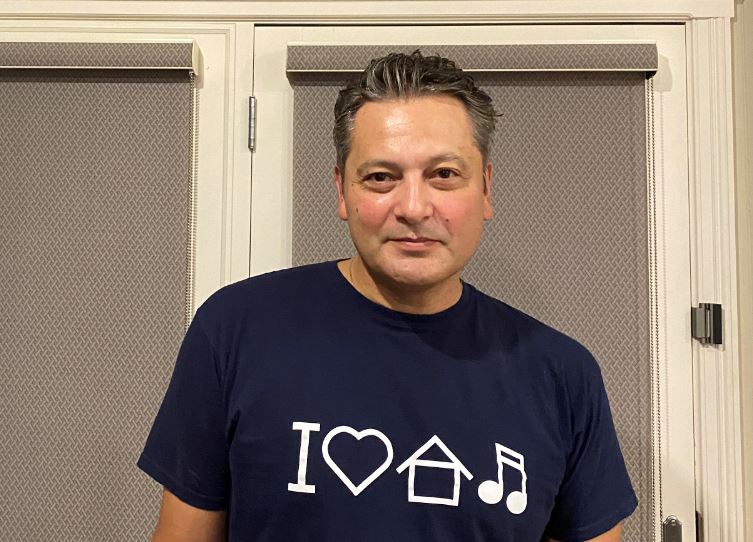 From September 15 through October 15, AEO is celebrating Latinx Heritage Month – a time to recognize the important contributions of U.S. citizens whose ancestors immigrated from Spain, Mexico, the Caribbean and Central and South America.  Throughout the month, AEO is highlighting our Latinx associates by celebrating, sharing and learning about their traditions and cultures!

Tell us about your role and why you love working at AEO:

I currently manage the real estate strategy for our company owned stores on the west coast, a portion of Midwest and Mexico. Real Estate has always been a passion for me. What makes AEO unique relative to other companies is the culture of valuing employee input. It’s a refreshing blend between corporate structure and entrepreneurship. I feel like my opinion matters!

Where did you or your family emigrate from?

My parents both migrated from a small town in northern Mexico called Zaragoza. My grandfather worked for the railroad and laid tracks, initially living in Texas and eventually settling in Chicago. My mom tells stories of working in the cotton fields of the south in order to help support the family when she was young. In fact, my grandmother used to exchange recipes with the African Americans who lived in the same neighborhood. My immediate family stayed in Chicago, while my extended family settled back into Texas. Apparently they couldn’t get used to the cold weather!

What does Latinx Heritage Month mean to you?

It’s a reminder of how culturally diverse our country is. The diverse cultures are a huge reason why I love living in Chicago. Each background has a story to tell and a contribution to our country. Secondly, Latinx Heritage Month pays tribute to and celebrates the diverse cultures of Latin America and honors the extensive contributions made by Latin American Citizens, whose ancestry traces back to Spain, Mexico, the Caribbean and Central and South America. September is picked since many Latin American countries gained their independence from Spain that month.

Do you have a notable Latino or Hispanic figure you admire and why?

Roberto Clemente. I grew up in the Chicago Barrio of Little Village (La Villita) and I’m a firm believer in “never forget where you came from.” Not only was Roberto a hall of fame inductee, he was equally recognized for his charitable contributions which ultimately took his life in a plane crash while delivering aid to those in need.

What is so special about your culture?

No one has a choice of their family or where they originate. I’m proud that the Hispanic culture has a strong sense of family, hard work and faith. Oh yeah – and the best food on the freaking planet!!!! Think of it, you can make a taco out of almost anything! Also, any day is a good day to throw on some good latin tunes and celebrate.