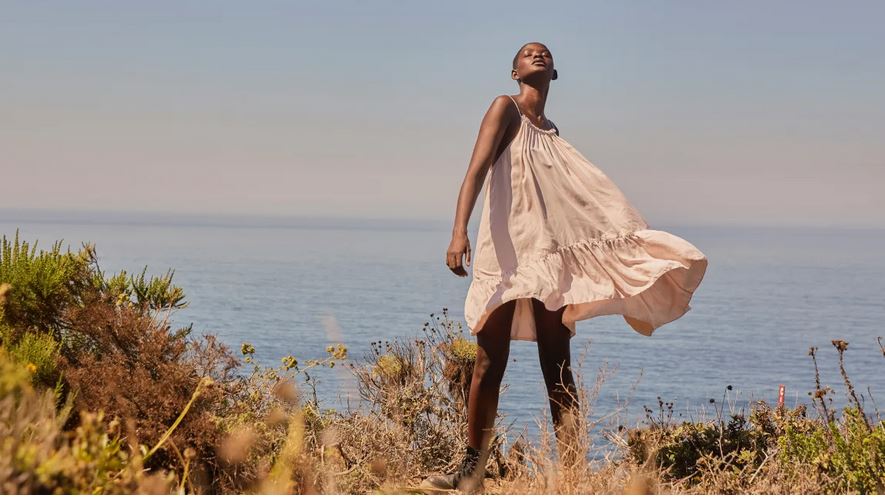 In the midst of the pandemic, AEO has opened stores and launched new brands. What’s the secret to its success?

By Elizabeth Segran | Link to article

When COVID-19 arrived in the United States, the fashion industry took a major hit. In April, clothing sales fell by 79%, the largest drop on record. By the end of the year, revenues are expected to drop by a third, equal to $640 billion in losses. Iconic retailers, from Brooks Brothers to Lord & Taylor, have declared bankruptcy. And yet, in the midst of this bleak landscape, there’s a bright spot: American Eagle Outfitters, the four-decades-old teen retailer that owns American Eagle and Aerie.

At a time when many retailers are hemorrhaging money and closing stores, Aerie saw a 32% rise in revenue and is on track to open 70 new stores this year. The company also launched two new brands during the pandemic, Offline and Unsubscribed. AEO hasn’t been completely immune to the economic crisis: It saw an overall 15% decline in revenue, largely because all of its stores had to shutter during the lockdowns. But Jay Schottenstein, chairman and CEO, believes that the company can weather the storm and possibly even come out stronger on the other side of this crisis.

How did AEO become one of the last successful mall brands in America? The answer seems to be the company’s single-minded commitment to its target customer: Gen Z, the oldest of whom are now in their midtwenties. AEO has invested heavily in focus groups, consumer research, and even an in-house council made up of teens and twentysomethings who help with the corporate decision-making. All of this has given the company a clear sense of this generation’s values, aesthetics, and shopping preferences. “We’re gathering feedback from customers at every step,” Schottenstein says. “We’re reading comments on social, we’re getting feedback in stores.”

A Generation Obsessed With Comfort

So what does Gen Z want from a fashion brand? The answer is important, not just for AEO, but for the rest of the industry, as its spending power is set to increase by 70% by 2025, making its members key to the global economic recovery. Jennifer Foyle, AEO’s chief creative officer, says the company’s research points to one clear reality: Today’s young people want comfort, and she means that in every sense of the word. “They want their clothes to be soft and comfortable, but they also want marketing campaigns to make them feel comfortable in their own skin,” she says. “This is now at the forefront of everything we do.”

In many ways, the pandemic didn’t create a new desire for comfort; it just deepened a trend that was already in motion. Since the 1960s, each new generation has wanted to wear more casual clothing than the one before it, transitioning from suits to jeans to athleisure. AEO saw this trend coming about a decade ago with millennial consumers and started focusing on comfort at every level. American Eagle’s jeans have so much stretch, they can feel like sweatpants. Aerie began as an intimates brand, focused on making the most comfortable bras and undies on the market, but quickly expanded into loungewear, which it found that customers were increasingly wearing out of the home.

This clothing assortment turned out to be ideal for the pandemic, when people around the world began sheltering in place and their wardrobes shifted. In April, the sale of sweatpants in the U.S. went up by 80%, and AEO was ready to meet this demand. AEO was already selling a lot of sweats, hoodies, and leggings, but in February, as COVID-19 loomed, Foyle says the company began ordering more of these items. “We got early reads on the crisis because we have factory partners in Asia,” she says. “We moved fast. We did not wait.”

And in July, the company released Offline, a new brand focused on activewear that had been in the works for nine months. (For now, the brand is housed within Aerie, but going forward, Foyle says, it will be a stand-alone brand with its own stores in Nashville and New Jersey.)

Foyle says AEO also works hard to create branding and marketing that makes customers feel comfortable in an emotional sense. She believes that for Gen Z, physical comfort is connected to a deeper sense of well-being and ease. “Our customer wants to feel like herself when she’s wearing our clothes,” Foyle says. This aligns with research from McKinsey showing that Gen Z tends to see consumption as a manifestation of individual identity and is drawn to brands that celebrate diversity and authenticity. To that end, back in 2014 Foyle spearheaded a campaign called Aerie Real, which focused on body positivity and inclusivity. The brand began using a wide array of real women as models, going beyond race and body size to include trans women and differently abled women. And it banned photoshopping.

The “come to you” strategy

While AEO’s products were a good fit for pandemic life, the company still had to think creatively about how to reach customers. For one thing, it has 1,095 stores across the country, all of which had to shut down early in the pandemic. Foyle says that AEO had been investing more in e-commerce and social media, but when the crisis hit, these channels became crucial.

The company poured marketing dollars into online spaces like TikTok, in what Foyle calls a “come to you” strategy. For instance, Aerie partnered with Charli D’Amelio, TikTok’s most popular user with more than 80 million followers, to launch a “positivity challenge” in which she invited users to share things they were grateful for in quarantine. “We knew our customers were on their phone more and engaging in social more,” Foyle says. “We decided that we’re going to be where our customer is at, serving them with products they want to wear.”

All of these efforts drove customers to shop online. In the second quarter, AEO saw a 74% increase in revenue through digital channels across all brands. Foyle knows some segment of customers may increasingly shop online even after the pandemic, which might mean closing less-profitable stores. American Eagle already has plans to close 45 stores.

But at the same time, she believes strongly that brick-and-mortar retail isn’t dead, it’s just evolving. While many suburban malls have been dying for some time, she sees opportunities to expand into shopping streets in smaller towns and into outdoor lifestyle centers, which are increasingly popular. “We just need to be very smart about our real estate strategy,” she says. “It’s about being in the best locations and the best new markets. It’s about innovating the in-store experience.”

The future of AEO

Unsubscribed, AEO’s newest brand, is an experiment that will allow the company to explore creative in-store experiences. It launched with a single boutique in East Hampton, New York, and doesn’t even have an e-commerce presence for the time being. Its clothes are more expensive than AEO’s other brands, with outfits ranging from $40 to $550. And while American Eagle and Aerie focus on delivering affordable, trendy styles to customers quickly, Unsubscribed is focused on creating smaller collections of classic, durable garments, designed to be worn season after season. The brand is designed to appeal to an older, slightly wealthier clientele. “It’s an entirely different business model,” Foyle says. “It’s teaching us a lot.”

In many ways, Unsubscribed is a way of thinking about what Gen Z consumers may want in the next decade, when they have more disposable income. AEO is betting that big-box mall stores won’t be as compelling as intimate neighborhood boutiques and that they’ll care about sustainability and buying fewer, better clothes. “It’s a conceptual project,” Foyle says. “We’re asking ourselves: What is our customer going to be thinking about down the road?”

Unsubscribed may or may not become a model that other AEO brands will follow. But the very fact that the company is able to think ahead is noteworthy at a time when most retailers are treading water. Foyle believes that fashion companies that are able to survive the crisis will find themselves with new opportunities on the other side of it. “We think that fashion is going to be better than ever,” she says. “People are going to want to go back to stores and reconnect with their friends. We’re so ready for it.”