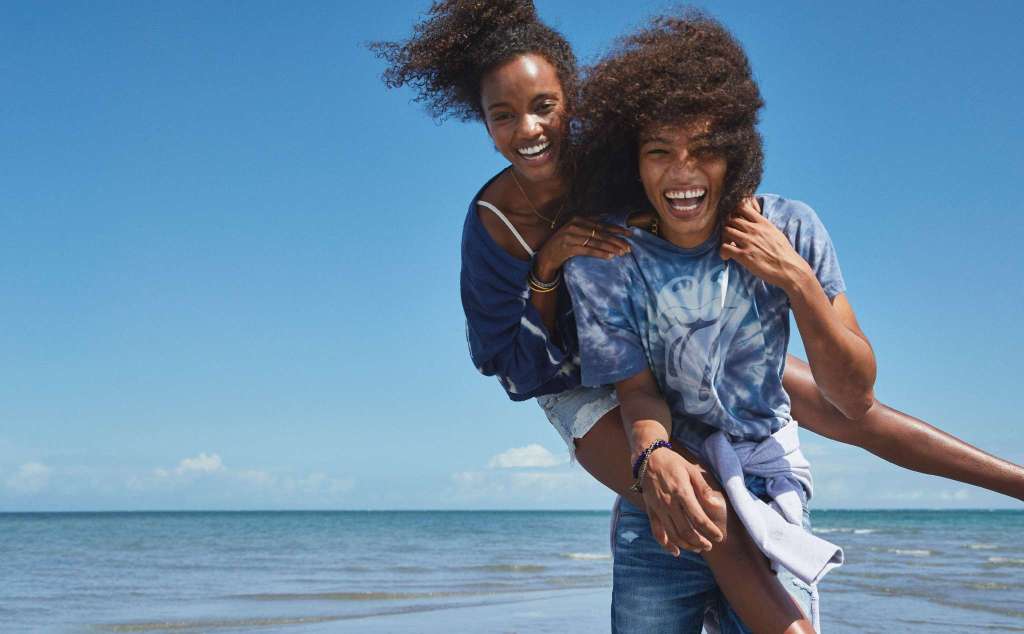 By Lauren Thomas | Link to article

American Eagle Outfitters announced Wednesday that its business is pacing ahead of its expectations for the fiscal first quarter, as stimulus checks and pent-up demand are fueling sales of jeans, dressier tops and leggings.

Revenue is on track to top $1 billion, it said. Analysts had been calling for American Eagle to earn 23 cents a share on sales of $904.1 million, according to a poll by Refinitiv. The company didn’t provide a fresh earnings estimate.

Its shares jumped more than 8% in after-hours trading.

The tween-and-teen apparel retailer said demand for goods at both its namesake American Eagle business and at Aerie — which sells comfortable lingerie and loungewear for young females — has been stronger than expected. That’s in part due to external factors, including economic stimulus, renewed consumer optimism and bottled-up demand from customers, it said.

The trends offer another sign that people are ready to dress up again, after months of sitting around the house during the Covid pandemic in sweatpants or pajamas. Other retailers, such as Levi’s, have recently made similar comments about the popularity of denim, especially among Gen Z customers.

Within Aerie, which has been growing much faster than American Eagle, the momentum for leggings has not slowed down, said Jennifer Foyle, its global brand president. Retailers such as Lululemon and Gap’s Athleta have benefited from the leggings boom, too. These bottoms are clearly not just for yoga anymore, as more and more women are wearing them basically everywhere.

Last summer, in the thick of the health crisis, Aerie carved out a new athleisure brand called Offline by Aerie. The brand sells printed sports bras, jogger pants, graphic tees and other active gear. Although it is sold in Aerie shops, American Eagle plans to open around 25 to 30 Offline by Aerie shops this year.

Even though the field is crowded for athleisure, Foyle said the size of the market is huge. “I think there’s room for some market share for us to take,” Foyle said.

She added that the company is still on track to double its Aerie business to $2 billion in annual sales by 2023.

Additionally, American Eagle said that its profit margins have been improving thanks to it selling more items at full price and relying less on promotions.

American Eagle shares are up more than 270% over the past 12 months. It has a market cap of $5.5 billion, which is bigger than its rival and Hollister owner Abercrombie & Fitch.

American Eagle is set to present Thursday in a virtual fireside chat at J.P. Morgan’s 7th annual retail roundup. It’s expected to report financial results for the quarter ending May 1 on May 26, after the market closes.