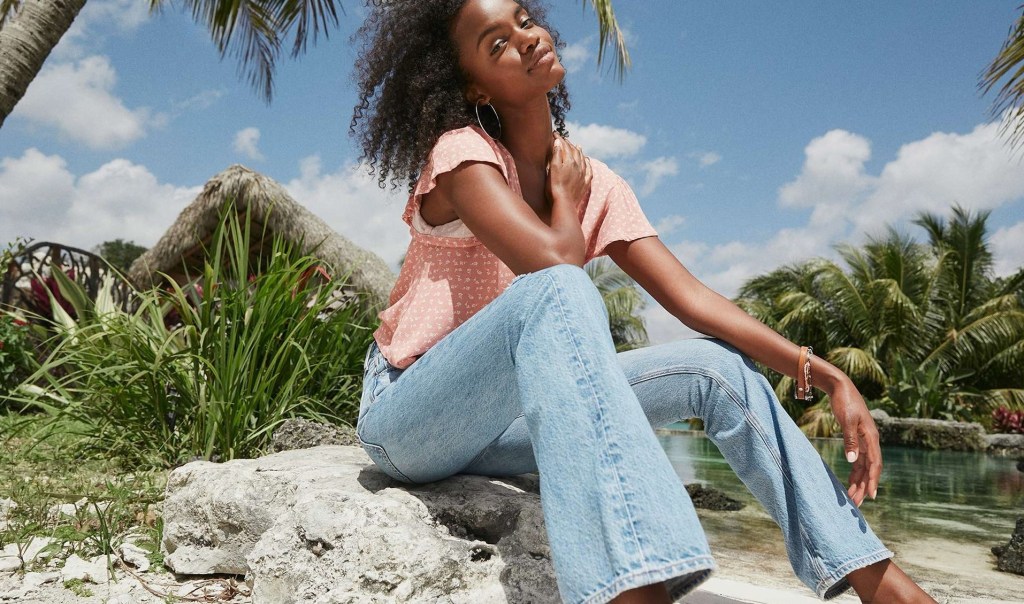 Big cultural changes usually bring big fashion changes. The end of World War I ushered in the slinky silhouettes of the 1920s. The aftermath of World War II saw a craze for full skirts. And today, as the Covid-19 pandemic in the U.S. looks to be nearing an end, style shifts are in the air again. That’s great news for U.S. fashion retailers.

As Americans slowly return to offices and schools, many are looking to refresh their wardrobes, from the top all the way down to their feet. A recent Jefferies survey found that 23% of U.S. respondents named clothing and accessories as a priority for discretionary spending as the environment normalizes, second only to returning to ba and restaurants— and, thanks to government stimulus checks, they have the money f it. A new wardrobe may mean different things to different consumers, but the desire for freshness will drive sales for a wide swath of retail, and will serve as a springboard fo the strongest brands to keep growing,
even after the frenzy fades. Among the likely prime beneficiaries: Nike (ticker: NKE), TJX Cos. (TJX), trendy online-only retailer Revolve Group (RVLV), and American Eagle Outfitters (AEO).

While retail stocks have come on strong during the past year—the exchange-traded fund (IBUY) has returned more than 130% over the past 12 months—new trends measure new spending. Which suggests suggests that the rally in apparel stocks will continue. “These cycles happen,” says Ed Yruma, managing director at KeyBanc Capital Markets. “And there’s any moment in time that’s well situated for a fashion shift, it’s now, after we’ve all been wearing the same clothes for 13 months.”

As with most everything else, just because the pandemic may be coming to an end doesn’t mean that life will return to the way it was before Covid-19. People have gotten used to working in sweats, yoga pants, and T-shirts, while discarding the suits and pencil skirts they wore in precoronavirus times. No, people probably won’t go to the office in their workout clothes. But expect office staples with technical fabrics that mimic the advantages of workout gear, while athleisure-dominant streetwear and denim continue to rake in huge sales.  “Comfort is here to stay; once you’ve tasted comfort, it’s hard to give it back. And as health and wellness become ever more important, athleisure goes hand in hand with that,” says BMO Capital Markets analyst Simeon Siegel. “Everyday attire has change and it is likely changed for a long time.”

Even when people dress up, they don’t want to compromise on comfort, says Nordstrom fashion director Marie Ivanoff-Smith. Brands have tried to incorporate elastic waistbands, looser legs, and soft materials “without sacrificing fashion and newness,” she says. At the same time, designers are using “happy, emotional prints” and applying them to flowing dresses. “Denim shorts and ’90s-inspired wide-leg jeans are selling o quickly,” Ivanoff-Smith says. Denim is particularly popular. Some 58% of respondents to a recent J.P. Morgan consumer survey said they planned to buy denim post pandemic, allowing the category to climb to the top spot, up from fifth place a year ago.

American Eagle’s strong position in denim means that it should benefit from consume broadening beyond the skinny styles that have dominated for years, looking into more  relaxed fits and wider-leg styles. The company earned just a penny a share in 2020, a figure that’s set to soar to $1.77 this calendar year and $2.14 in 2022, even as it trade at less than 19 times forward earnings—cheaper than fellow denim player Levi Straus & Co. (LEVI), which trades at 24 times, and mall stalwarts such as Abercrombie & Fit (ANF) and Gap (GPS), which also trade at 24 times.  “American Eagle is gaining share and achieving higher margins as consumers restock closets at AE and [its sub-brand] Aerie,” notes Cowen analyst Oliver Chen, who raise his target price on the shares to $40 last month, up 10% from current levels.

Moreover, the company has done an exceptional job partnering with influencers on social media to build up the brand, says Gabriella Santaniello, founder of A Line Partners, an independent retail research firm. This comes at a time when new denim styles have “consumers buying more bottoms than usual. Then you have to buy the t to go with it, and that changes your handbag and footwear, too,” she says.

Speaking of footwear, Jessica Kim, a New York–based architect and project manager works in an office-casual environment but has been refreshing her wardrobe with item that she can  wear to work, as well as for going out to happy hours and dinners with friends when those events return. She says the vast majority of her bottoms are high waisted, and recently she has been buying pointy flats—like those from Dior J’adore and Valentino—that work for both occasions but are much more comfortable for walk than heels. Demand for dress footwear was “declining at a steady pace prior to the pandemic,” according to retail-data firm NPD Group: Sales fell 50% in 2020 compared with 2019, but that was on top of a 10% decline in 2018. And while special occasions like weddings eventually will resume, many forecasters don’t expect the market for dressier shoes to recover to previous levels anytime soon.

That’s good news for Nike. The stock has dropped 7% in 2021, hurt in large part by diplomatic tensions between the West and China, stemming from the latter’s alleged humanrights abuses. Sales are expected to grow 14%, to $46.5 billion, this calendar year, while earnings are set to jump 45%, to $3.64. The stock trades at 33.5 times forward earnings, above its five-year average of 28.2 times. But its PEG ratio—a measure of valuation to expected growth—has fallen to 1.3 times, below its five-year average of two, suggesting that the higher valuation doesn’t compensate for the faster growth. Baird analyst Jonathan Komp turned bullish on Nike for the first time in more than two years following the recent selloff, arguing that the China headwinds are a distraction from the giant’s product innovation and digital growth, which “have strengthened Nike near- and long-term earnings potential.” His middle-of-the-pack target price of $150, 14% above recent levels, would need Nike to trade at 34 times forward earnings, just marginally higher than its multiple today.

Even teens are getting into the act. A Piper Sandler survey found that wealthier young consumers are earmarking 29% of their wallets for clothing, the highest level in eight years. That’s encouraging for Revolve, an e-commerce fashion powerhouse geared toward Gen Z and millennials, says Piper Sandler analyst Erinn Murphy. The retailer caught headlines for its tongue-in-cheek category of vaccine-ready bare-armed tops, but it remains a “preferred website among upper-income females,” says Murphy, who recently raised her target price on the stock to $53. Revolve’s earnings are expected to dip 7.6%, to 73 cents a share, in 2021, in part on further business reinvestment and marketing spending. But the consensus expects them to jump 38% next year, to $1.01. At 62 times forward earnings, the stock isn’t cheap, but it could come down as analysts ramp up their estimates in the face of an improving outlook. Catering to a younger, stylish crowd means that “Revolve is the tip of the spear,” says KeyBanc’s Yruma. “This is the one retailer that shows the change trend first.” Yruma has a $58 price target on the stock, 13% higher than current levels After so much time locked inside, shoppers are going to enjoy the treasure hunt that comes from shopping at off-price retailers
like TJX Cos. It’s the kind of place that specializes in the “I don’t know what I want, but I’ll know it when I see it” experience that could attract new shoppers following the pandemic.

After so much time locked inside, shoppers are going to enjoy the treasure hunt that comes from shopping at off-price retailers like TJX Cos. It’s the kind of place that specializes in the “I don’t know what I want, but I’ll know it when I see it” experience that could attract new shoppers following the pandemic. At 29 times forward earnings, TJX Cos. isn’t just the cheapest of the off-price retailers it’s also among those expected to boost profits the fastest. Earnings are forecast to soar 365% in 2021, to $2.16 a share, and then rise 33%, to $2.88, in 2022. As the on major international player of the group, it would also benefit if Europe starts to ease Covid-19 restrictions later this year. BMO’s Siegel, who raised his price target on TJX $80 recently, 13% above recent levels, expects “TJX to become increasingly important to both shoppers and vendors, driving meaningful long-term share opportunity.” One thing that investors should keep in mind: It won’t be easy to cater to changing tastes. “Last year, all you had to do was tie-dye sweatpants and sweatshirts, and they would sell,” says A Line Partners’ Santaniello. “Now, [retailers] will have to understand what’s on trend.” Knowing how to spot those shifts is something that investors will appreciate, too.