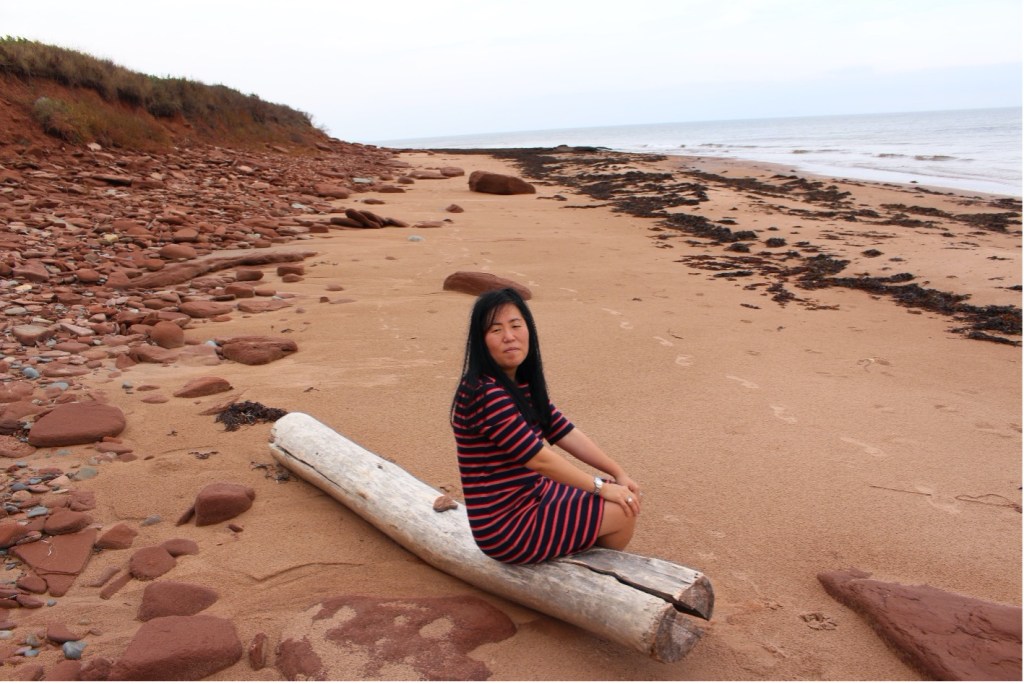 May is Asian American Pacific Islander (AAPI) Heritage Month. At AEO, we are taking this time to reflect on the significance of the AAPI community as we seek to amplify their voices, stories and contributions.

American Eagle District Team Leader, Christine has been in retail for nearly 20 years. Originally from South Korea, she moved to Canada with her aunt and uncle as a young child to pursue better education and more opportunities. Christine shared her journey adjusting to a new culture and her growth and success in the retail world in her own words below.

I was asked if I wanted to move to Canada at 7 years old. I was living in South Korea, and at the time, I didn’t know a lot about Canada. My aunt and uncle had moved there with their family in the 1960’s to provide more opportunities and for their children and to receive a better education. They asked my mother if one of her children would want to move there with them. I only knew of Canada as being a very large and wealthy country. Growing up in Korea, I didn’t know that we were growing up in a poor community, but we felt that we had everything we needed. We had an outhouse, a community communal water source, and a communal space in the village to relax and watch TV. We would watch Wonder Woman and the Littlest Hobo, and Little House on the Prairie. I knew that Canada had cars and fridges, but I only knew Canada from what I saw on Little House on the Prairie. I thought I was going to be like Nelly and have to wear those dresses and bonnets!

In 1984, the adoption took effect and I moved from South Korea to Toronto at 12 years old. When I arrived, I only knew how to recite the alphabet and how to say “hello”, “pig”, and “frog”. It didn’t take me long to learn English, but there’s a lot of sayings and rules to the language.

The first thing I noticed when I moved to Canada was everyone looked so different. I really loved seeing the different hair colors and the clothing styles. I had a lot of people ask about my culture, and I was able to explain some differences between Asian cultures. People knew of Chinese and Japanese cultures, but Korea wasn’t a country people thought of when seeing an Asian person. I was able to share my experiences and learn more about how other children were raised in Canada.

Once I finished high school, I went to George Brown college in Toronto and studied creative fashion design. While I was in school, I had a goal to work at Max Brown Fashion Discount Store to further my fashion knowledge. I would apply week after week, and finally I was hired because I was persistent on applying! During school, I worked as a part-time sales associate and six months later, I became the assistant manager. After another six months, I had my own store!

20 years later, I have spent my entire retail career in retail and currently serve as the American Eagle District Team Leader for Maritimes Canada. My job is really about connecting with my internal and external guests and creating a work environment where everyone wants to do their best! I take pride in upholding the AEO culture and practice inclusion in everything I do.

I feel so lucky to work for AEO. I love the people and I am surrounded by leaders and teams who love what they do. Working here makes me feel like I really am a part of something bigger. Plus, the company has given me so many opportunities. Last year, I was awarded a Gold and Diamond Council award — a top performing field leadership award at AEO. Winning that was so meaningful, especially after the year we had.

AAPI Heritage Month is important to me because it’s my roots– being Asian is a part of who I am. When I look at my culture, I am proud of how we have evolved and how we have infused our culture into different areas of the world. People now love kimchi and Korean barbecue and I love that the rest of the world is appreciating some of the things that make Korea great!

I am so thankful to have had my experiences and to have led such a successful life!