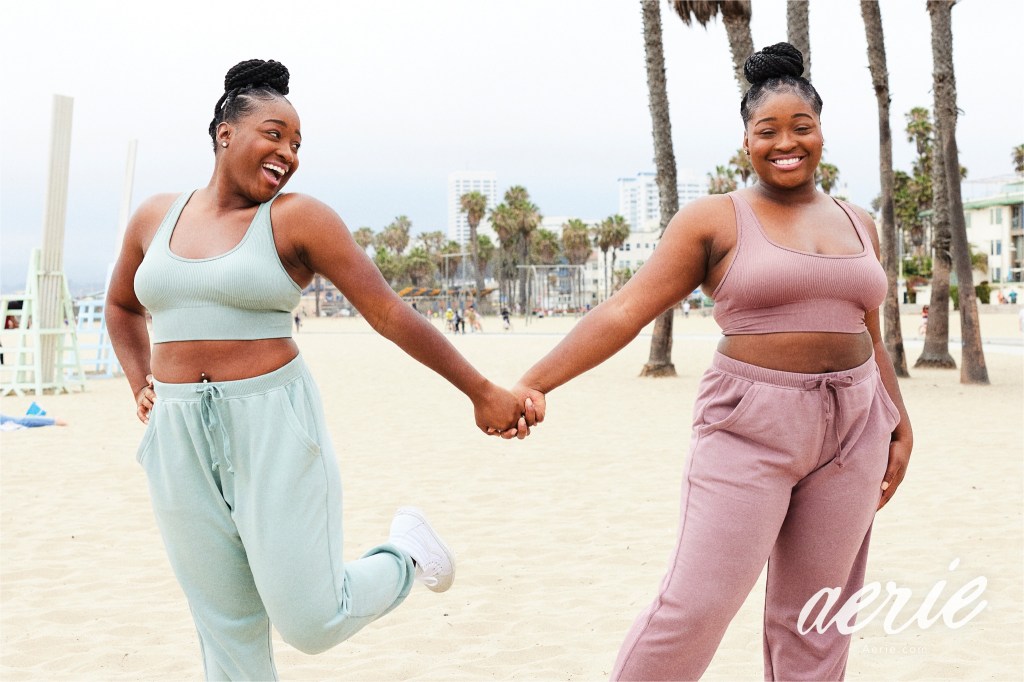 There are still celebrities and influencers, but the brand wants to celebrate its customers, too.

By: Tyler Mccall | Link to article

Since it first made headlines by banning photoshop all the way back in 2014, Aerie’s #AerieReal campaign has been a magnet for models and celebrities looking to lend their voices to a brand that actually stands for something, attracting names like Yara Shahidi, Jameela Jamil and Samira Wiley. By 2020, the roster was absolutely stacked, with Hari Nef, Beanie Feldstein, Lana Condor and Ali Stroker joining longtime Role Models Aly Raisman and Iskra Lawrence, alongside a group of activists, in representing the brand.

But, much like everyone else, the Covid-19 crisis prompted Aerie to rethink everything. And while the team is not quite abandoning their winning formula — Kelsea Ballerini and Antonia Gentry are stepping into the Role Model shoes for a bit — Aerie wanted to embrace the people who have made the brand so successful: its community.

“The last year, for us, what we’ve had a chance to do is really take a step back and to look at what’s important,” says Aerie SVP of Brand Marketing Stacey McCormick. “We see so much inspiration coming through our customer lens.”

It started, McCormick says, with The Positivity Challenge, a social media campaign aimed at encouraging Aerie’s followers to share positive stories early on during the pandemic. What the brand hadn’t counted on, however, was the organic engagement, itself the fruition of several years’ worth of #AerieReal campaigns: real customers posting TikToks and Instagram Reels of their own volition, talking about how Aerie’s product made them feel like their best selves. It’s the kind of thing most brands can only dream about.

“What we’ve seen in that community growth over the past six months blows our minds,” McCormick says, singling out TikToker Hannah Schlenker, whose post about Aerie’s super-popular crossover leggings went viral. “If you pull up #crossoverleggings [on TikTok], there’s 10 million views, which blows our mind because that legging has been there for the whole year. November is when it took off, and we thank Hannah for that, but it’s another story of that organic love.”

Aerie now works with Schlenker in a more official capacity — she’s become a “crossover curator” — and she isn’t the only one. The brand has a couple of different programs through which it works with influencers, one of which is an ambassador program “built on a very diverse group of women who are leaders within their community,” ranging from college students to moms.

The other, which McCormick is excited to roll out later this year, is the Changemakers program: Members of the Aerie community can submit their personal stories and causes for the chance at a $20,000 grant from the brand, earmarked for helping them create change in their own communities. More on that is coming in October; for the time being, McCormick shares that there are 23 women who have been chosen by Aerie already, and that their stories will be followed throughout the next year.

“When we looked at how we want to evolve, what we do in Real, we said, ‘We have to start with community first. We really have to amplify the voices that are within our ambassador program, that are within our newly formed Changemaker program,'” McCormick says. “It’s an evolution of what the campaign has been doing. It’s bringing more of our internal heroes to the forefront and having their voices be heard.”

Celebrities remain a key part of that evolution: “We really embed them into the DNA,” according to McCormick, noting that Aerie doesn’t just sign them on as famous faces — they work with them on causes near and dear to their hearts.

Raisman has stayed on, continuing her work with mental health advocacy. Ballerini and Gentry round out the high-profile side, each vocalizing their commitments to authenticity and inclusivity, respectfully. Adding to the influencer side of the #AerieReal roster are TikTok phenoms the NaeNae Twins (Shayné and Zhané Stanley) and The Rollettes (Chelsie Hill, Samantha Lopez, Steph Aiello, Maria Rabaino, Conner Lundius and Natalie Fung), a wheelchair dance team.

Most marketing teams would be nervous to make changes to what has so far proved to be quite the winning formula, but McCormick emphasizes that what’s most important to Aerie is serving its customers — both new and loyal alike.

“With #AerieReal, it was rooted in community in the beginning, but now our base has grown so much. Those customers have grown with us,” McCormick says. “They’ve evolved. They’ve had kids. They’ve been changed, and the impact that they’ve had as a result of the brand being there to support them, we feel it’s important for them to speak up and to really drive a lot of what’s happening. We have so many people coming into the brand and actually coming into social media that needs Real now more than ever.”