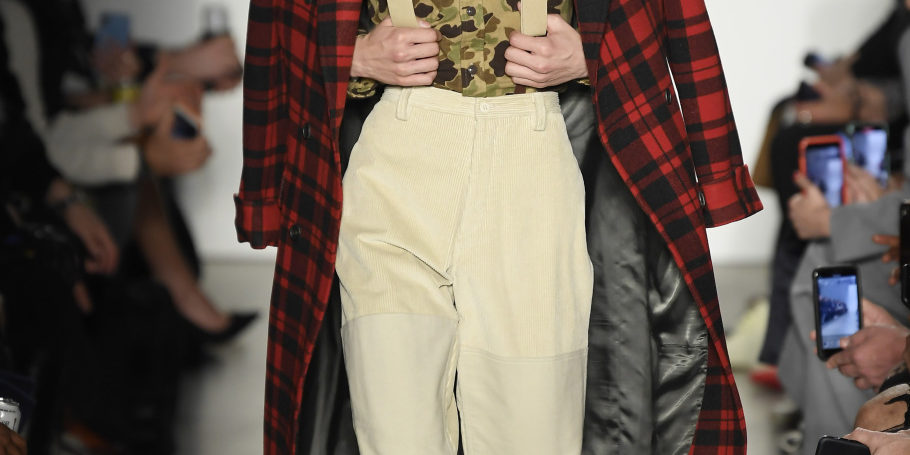 The designer is opening a store in Rockefeller Center and has dropped a TSX Capsule of his greatest hits.

A background in retail and business, marketing savvy, a supportive deep-pocketed parent company and a design aesthetic that fills a gap in the American men’s market — that combination has helped Todd Snyder carve out a niche in the designer fashion world.

This year marks the 10th anniversary of Snyder’s label and while his business has grown substantially from the early days when he and a small team labored in a tiny office/showroom in Manhattan, his vision has remained the same: an all-American aesthetic infused with craftsmanship and an urban energy.

Now plans to further grow the business are in motion. Snyder has signed a lease for a fourth store in New York, at Rockefeller Center, which will open in November, with more on the horizon. He’s partnering with J. Press on a collection this fall, and is commemorating the anniversary with the TSX Capsule, an assortment of his greatest hits including the Dylan jacket, Japanese selvage chino and oxford, chore coat, pocket sweatshirt, cashmere cardigan and farm-to-yarn denim.

Over the past few years, the brand has averaged more than 50 percent year-over-year growth in its e-commerce channel and the retail stores are up in the double digits since the start of the health crisis, the company said.

Through it all, Snyder has remained grateful for what he has achieved and is quick to credit those who helped pave the way, including former Gap and J. Crew chief executive officer Mickey Drexler, American Eagle Outfitters’ chairman and CEO Jay Schottenstein, and designer Ralph Lauren.

Snyder believes that the 20 years he spent in the trenches — the Iowa native was a designer for Polo Ralph Lauren, the director of men’s wear for The Gap, and senior vice president of men’s for J. Crew before launching his brand in 2011 — was invaluable.

“To me, Ralph is the best American men’s wear designer. And working there was a huge goal for me,” he said. In addition, he said that by working at the retailers, he also was able to learn the “business piece” of fashion. “I attribute a lot of my success to working at The Gap and J. Crew but specifically working with Mickey Drexler because he understands the business so well. When I was with J. Crew, I got to see him every day. And you just see what it takes. And I realized that if I’m going to be good, I need to hire great people.”

So that’s what he did.

When Snyder started, he went the traditional route, selling his collection to high-end retailers. He soon realized the advantages of going direct-to-consumer and made the switch exclusively to that channel three years after he launched.

“In our second year, we started our own e-commerce and we did $200,000. And I said, ‘Wow, this is bigger than any account we have.’ And that channel just kept growing and growing and growing. That’s when I knew I needed to focus on direct-to-consumer.”

In addition to his online presence, Snyder took the plunge into retail in 2016 when he opened a 5,000-square-foot flagship in the Madison Park district of Manhattan. He followed that with the Liquor Store location in TriBeCa in 2019, and a permanent shop in East Hampton this summer. The Liquor Store site on West Broadway was especially poignant for the designer since it was the site of the J. Crew men’s store that he transformed into a men’s wear must-visit destination during his tenure there.

Since launching his brand, the designer has partnered with a slew of other companies ranging from Champion and Timex to Red Wing and L.L. Bean. He said collaborations account for 20 percent of his overall sales.

“I first discovered collaborations when I was J. Crew,” he said. “That was a women’s-driven business and I needed to figure out how to get noticed.”

He approached Red Wing and Timex, which he called “iconic American brands,” and he brokered the deals. “It was a lot of work,” he said, “and I thought, if I’m going to work this hard, I should do this for myself.”

So when he left J. Crew, he already knew collaborations were going to be part of his business plan. And he turned his sights on Champion. “It took me two years to land them. But when I did, it really helped catapult my brand awareness. When I started, the industry knew who I was, but the customer didn’t.”

That led to partnerships with Timex, Footjoy, Jack Purcell, New Balance and others. The L.L. Bean collaboration that he unveiled during his last runway show in February 2020 marked the first time the 109-year-old company had ever partnered with another brand.

Champion continues to be his biggest collaboration, but L.L. Bean is now the second largest, he revealed. The others are “meant to be small, exclusive capsules that are limited edition, so we don’t have them all the time. They are really meant to sell out and be in short supply.”

It was the Champion partnership that caught the eye of Schottenstein of American Eagle. The head of the teen retailer had visited the pop-up shop Snyder had created with Champion called City Gym in NoLIta, and “fell in love with it,” he said. He contacted Chad Kessler, global brand president for American Eagle, and brought up the subject of buying the brand.

Not long after, the Pittsburgh-based retailer purchased the Todd Snyder company for $11 million in cash and stock. In addition to his namesake brand, Snyder quietly operated a college-campus retail concept called Tailgate that he had started with his father in 1991. While Tailgate may have been the main reason for the purchase, the Todd Snyder business was also seen as a major growth opportunity for the company. Tailgate gave American Eagle access to young, college students but Snyder was also named executive vice president of the parent company to provide fashion and trend input to the larger corporation.

“In the last six years, the Todd Snyder business has exceeded expectations,” Kessler said. “He is clearly a leading men’s designer and really understands the modern man. And there’s really no one else doing what he’s doing.”

In addition to the Tailgate business, having Snyder’s input at American Eagle has also “helped our men’s business overall,” Kessler said.

Kessler said that Snyder’s three retail stores are performing well and as a result, the company is “looking at further retail expansion. His strongest brand recognition is in the New York metropolitan area, but we hope to replicate that success in other areas.” Kessler said the plan is to “fill in in New York” and then look to add units in Chicago, Los Angeles, Washington, D.C., and other cities where the brand performs well.

He’s also got high hopes for the Rockefeller Center store, which he said will be “a great flagship. Jay [Schottenstein] is very eager to plant a flag on Fifth Avenue.”

Snyder said Schottenstein has told him that he envisions him as “the next great American designer,” and has green-lighted the opening of more stores. “He gave me the number of 10,” Snyder said. Opening stores also serves to create a halo for the digital business, which represents 85 percent of the brand’s overall sales.

There’s also a plan to expand outside the U.S. “Our goal is to expand domestically and then look internationally,” Snyder said. On the list is a return to Japan, as well as London. “Digital is really big for us and that will be key to building the brand in those markets.”

What isn’t likely to happen anytime soon is Snyder doing women’s wear. “We’ve been talking about it, but it won’t happen in the next year or two. Starting one thing is hard, but doing two is really hard.”

Instead, Snyder is planning a second L.L. Bean collaboration that is slated to come out next month and is looking into the men’s big and tall market. And he revealed that he’s partnering with J. Press on a collection that will come out in October that he described as “bad boy takes on preppy.”

He’ll also take the next few months to celebrate his anniversary. In addition to the TSX Capsule, which dropped Monday, he has created a catalogue with artist Ryan McMenamy who did illustrations of all Snyder’s signature pieces that will come out in October, and there are several limited-edition products intended to commemorate the milestone that have already been released or will drop through next year including Moscot eyewear, New Balance sneakers, Clarks desert boots, Birdwell swimwear and Rocky Mountain Featherbed outerwear.

Although there are other great men’s wear designers, he believes his aesthetic — and business model — are different enough to continue to carve out a niche. “When I started in the industry 30 years ago, there were these big personalities that drove the designer brands,”  he said. “And now it’s really more about the business model. It’s about connecting with customers who want to know more about you, more about the brand, more about where you make your clothes, what your ethos is. So I think that’s what’s changed quite a bit. You still have the Virgils [Ablohs]  — Virgil is now the new Calvin — but that’s high fashion. For the everyday customer, I think there’s definitely a void in the market.”

He continued: “I’m surrounded by a lot of great designers, whether it’s Thom Browne, or up-and-comers like Emily Bode. So I honestly don’t know where I’m going to be in 10 years, but I do think there are a lot more customers to be had out there. I think that’s the big reason why Jay was saying you need to go in and claim that role of being the great American men’s wear designer, and I like that as a goal. That’s definitely what we’re going to strive for.”