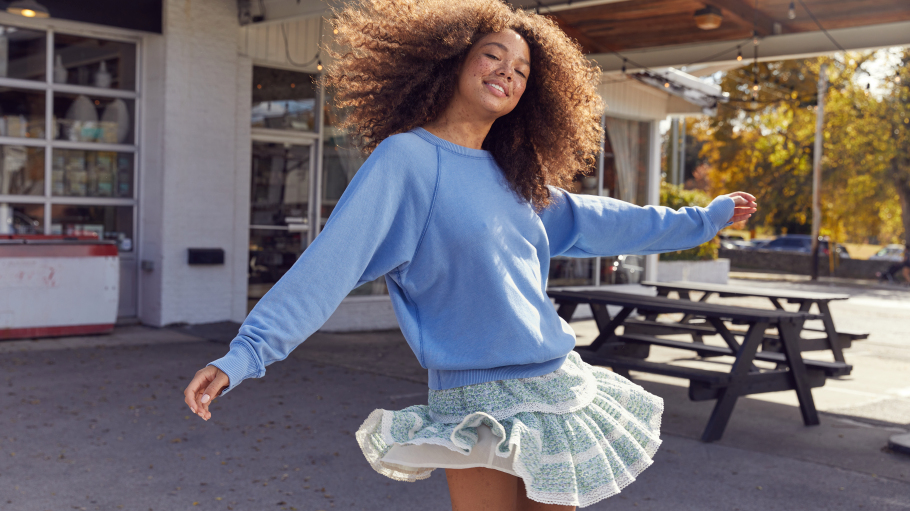 The retailer continues to deliver on all cylinders, investing in logistics firm Airterra for faster delivery.

By: Kellie Ell | Link to article

While other retailers are fretting over how to handle supply chain headwinds, including rising prices and lack of delivery services, the chairman and chief executive officer of American Eagle Outfitters had his own solution: transform the supply chain.

American Eagle Outfitters Inc. — parent company to the American Eagle, Aerie, Offline by Aerie, Todd Snyder and Unsubscribed brands — quietly acquired the logistics firm Airterra last month for an undisclosed amount in a move that will help the retailer leverage its network of stores and distribution centers to fill orders and offer same-day services.

“We built a world-class logistics team,” ​​Schottenstein, executive chairman and CEO of American Eagle Outfitters, told WWD in an exclusive interview. “We’ve always been a very innovative company. In the last few years, we made a lot of investments in our logistics area. We just acquired the Airterra company. And we were one of the first to build a major warehouse in Pennsylvania that could both deliver e-commerce sales to customers and could also deliver to the stores from the same facility.

“And then last year, when the pandemic started, we expanded [these facilities] and that gave us the ability in many markets to deliver same-day services to stores and to customers,” he continued. “So, we made investments in different areas — not just one area — to make sure we have the best of the best.”

In addition, the facilities, or regional distribution centers set up by the company, help AEO better manage inventory, while cutting costs. Schottenstein added that in the future, it won’t be just American Eagle Outfitters that will be using Airterra, “but we also have other clients there, too, other major retailers are part of it, too,” although he didn’t say which ones.

The acquisition of Airterra, which was founded by former Nordstrom chief supply chain officer Brent Beabout, marks a major development in the fashion world. It’s the first time a specialty retailer like American Eagle Outfitters will be able to compete with the big three mass-channel merchants — Amazon Inc., Walmart Inc. and Target Corp. (all of which already have their own last-mile delivery services in place) — in terms of same-day delivery.

“It’s kind of like Amazon,” Michael Rempell, executive vice president and chief operations officer of American Eagle Outfitters, told WWD in January, ahead of the company’s Investor Day, regarding AEO’s updated delivery system. “Amazon is constantly delivering stuff to you very quickly and usually from a location that’s very close to your home. That’s not really how fashion has traditionally been managed. And the reason is because fashion is less predictable.”

Consequently, apparel retailers normally have to hire delivery and transportation services along the supply chain to ship goods, while simultaneously navigating price hikes and inventory issues, often taking inventory out of stores to fill orders.

“And the cost of doing that, particularly of having many split shipments as a result of that, was getting very expensive,” Rempell said. “So we took a different stance this year. We decided to set up these regional hubs, pull inventory out of stores and keep it in the hubs, replenishing stores faster. And rather than shipping e-commerce from all of our stores, we were trying to concentrate more of the e-commerce coming from these regional hubs, rather than our main distribution centers in Pennsylvania and Kansas.”

Schottenstein added that even before the pandemic began, American Eagle had the foresight to prepare for supply chain headwinds.

“We know that the biggest question being asked today is, ‘how do we build up the supply chain?’” Schottenstein said. “So, we’ve been working on this for a long time. When it comes to COVID-19 [headwinds], I can go back to November of 2019, and we were on top of [managing the supply chain]. We knew what was going on with containers for the last several months. This is nothing new: the port delays, the container shortages.

“And what we’ve done, we’ve put a lot of the holiday orders [in place] early to get it rolling earlier,” he continued. “We feel that we’ll come out pretty good for the season. There are hiccups out there, but overall, we feel that we’re in pretty good shape. We’re anticipating a very strong third and fourth quarter. And despite everything going on out there, I think that the things that we’ve invested in — into our systems, into our logistics — we’re going to see the benefits coming through for the next couple of quarters and going into spring of next year, too.”

That explains why the company, which revealed quarterly earnings Thursday before the market opened, registered another stand-out quarter, improving on top-line revenues and logging a $121 million profit.

“It was strong across the board,” the chairman and CEO said. “Every retailer out there talks about it being a strong denim cycle. So, it shouldn’t be surprising that denim is still a major driver. But the legging business is also very strong and, overall, the business is strong on all cylinders for us, between the stores and online. And we also had a strong comps business, too.”

Broken down, total company revenues for the three-month period ending July 31 were $1.19 billion, up from $883 million during 2020’s second quarter. That’s an increase of $311 million, or 35 percent, year-over-year.

Innerwear and loungewear brand Aerie’s net revenues increased 34 percent — on top of 32 percent growth the same time last year — to nearly $336 million in the last three months, up from $251 million a year ago. In March, the company said Aerie had surpassed more than a billion in annual revenues and now has its sights set on the $2 billion mark.

Meanwhile, AE’s net revenue increased 35 percent to approximately $845 million during the quarter, up from nearly $625 million a year ago.

The retailer logged more than $121 million in profits as a result, compared with losses of $13.7 million a year ago.

“And we’re being conservative on that, too,” Schottenstein said.

The retailer ended the quarter with approximately $774 million in cash and cash equivalents, roughly $332 million in long-term debt and nearly 1,100 stores across the portfolio.

Schottenstein said he sees big opportunity in Offline, with plans to open about 35 new stores this year, as well as in Todd Snyder, where he hopes to open about 10 new locations in major cities along the East Coast in the next 12 months, including one that will open in New York City’s Rockefeller Center in November. Slow retail brand Unsubscribed also has plans to open two new locations this fall.

“A few years ago we made a commitment to have the best app out there,” he continued. “We’ll be the first to introduce live retailing on our app. That’s just being introduced right now. So, there’s a lot of innovative stuff that we lead the way to do and we’re very proud of that. We’ve always been a company that’s embraced the right technologies and had the excitement and the experiences for the customers at the same time, too. And you really have to keep reinvesting in the business — whether it be systems, whether it be store designs, whether it be the merchandising team — to keep it fresh all the time. It never ends. It never ends in this business.”