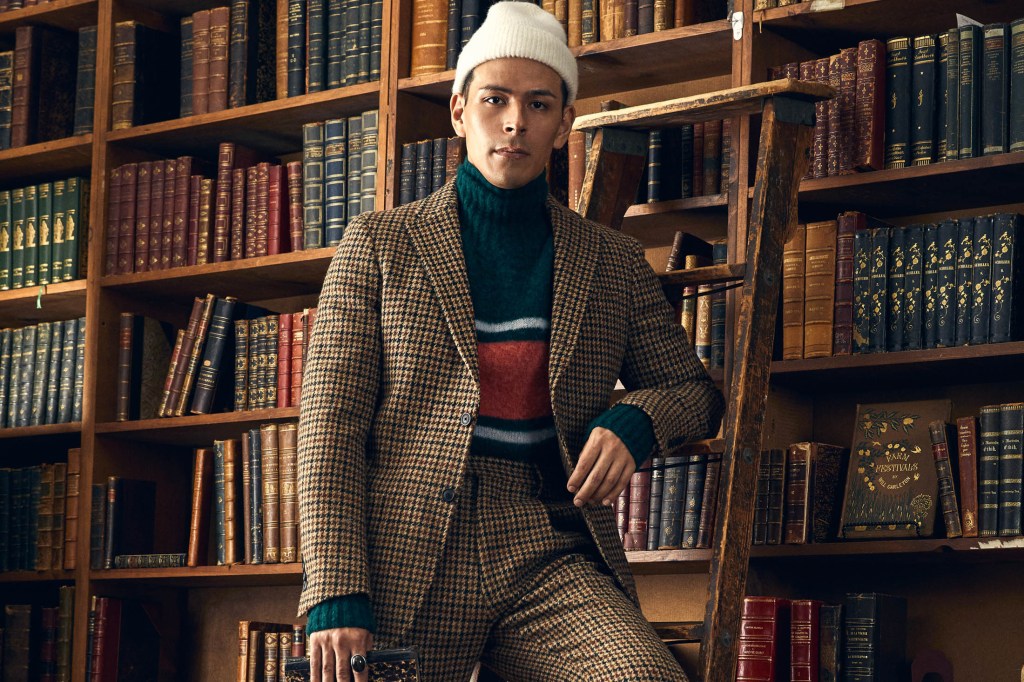 By Chris Rovzar | Link to article

The menswear designer, famous for his riffs on everything from Champion sweatshirts to L.L. Bean’s Maine kitsch, takes another pass at Americana.

Fresh off the second collection he created in partnership with L.L. Bean, menswear designer Todd Snyder is doing another take on America’s preppy heritage.

Catalogs that feature a new collaboration with tailoring emporium J. Press will hit mailboxes on Nov. 8. A capsule collection of clothes will appear in shops for both brands starting around Nov. 19.

“As I think about each season, I always start with some sort of historical reference,” Snyder explained in an interview. “And classic Americana was something that came to mind for this season.”

J. Press was founded in 1902 on the campus of Yale in New Haven, Conn., and has stores in New York City and Washington, D.C. Over the course of the century, it became known for a quintessential Ivy League style, offering shaggy sweaters, oxford shirts, duffel coats, and colorful scarves to students and others seeking a refined, comfortable Northeastern look.

“I’ve always admired that style because I think it’s truly American,” said Snyder. “I think of it as breaking of the rules of all the things about menswear that was British or French or Italian. Americans said, That doesn’t really work for us, we’re going to do something a little different. And J. Press really embodied what that was about.”

The point of these kinds of collaborations is two-fold, he says: first, it gives him inspiration as a designer to create something that excites him. And second, it amplifies the Todd Snyder brand by introducing it to a new clientele. “It’s a great way to do marketing, an affordable way,” he said. “People love authenticity, they love that real story.”

According to Snyder, who is known for his collaborations with brands from Champion to New Balance to Timex, the two seasons of clothes in 2020 and 2021 which he designed in partnership with L.L. Bean were a huge success.

“L.L. Bean was such a great moment for me. Everyone knows who L.L. Bean is. Most people don’t know who I am,” he said. “We end up getting about 40% of the people who stay with us. We measured it.”

“That’s part of the strategy,” Snyder says. “You can’t just put up a big billboard any more, buy an ad, do affiliate work, any of that stuff. It works, but not as well as doing something authentic.”

Snyder’s company has been owned by Pittsburgh-based American Eagle Outfitters since 2015. He founded the company in 2011, after a career working at brands including Polo Ralph Lauren and J.Crew.

From J. Press’s perspective, the benefits of the collaboration with Snyder are similar.

“We’d like to get the brand of J. Press and the look of J. Press out to a wider audience,” explained Robert Squillaro, senior vice president of J. Press, in an interview. “A new audience that maybe shops with Todd and is unaware of what J. Press has to offer.” Squillaro says that the partnership was Snyder’s idea, and that part of its appeal was the chance to get in front of younger shoppers. J. Press has been moving to court such an audience in recent years by introducing tailored fits and using non-traditional models in their catalogs and ad campaigns. J. Press is owned by the Japan-based Onward Holdings Ltd.

“We went through what we thought were the J. Press iconic looks and fabrics, provided him with catalogs and stuff,” he said. “Our most iconic item for fall is our shaggy dog sweater, which we’ve been very protective off. Todd treaded it with the utmost respect.”

Colorful versions of the sweater are among the 38 items in the collection, which will be available for sale on the websites for both brands, in Snyder stores, and in the New York outpost of J. Press.

WWD – EXCLUSIVE: American Eagle Outfitters Posts Another Blow-out Quarter Ahead of the Holidays