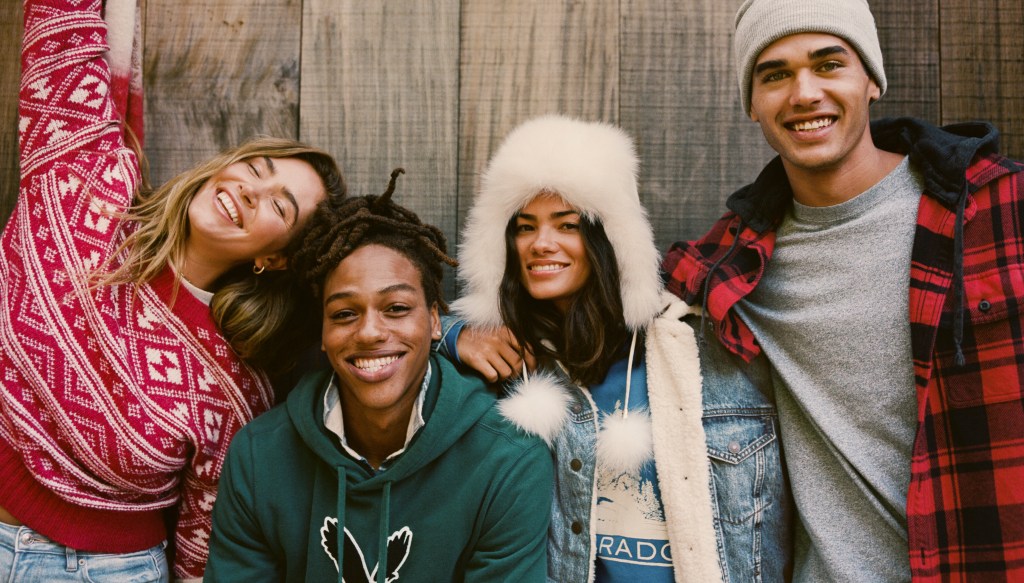 The retailer expects to meet its operating-income target two years ahead of schedule.

The holidays are looking bright at American Eagle Outfitters Inc.

While other companies throughout the retail industry are struggling to fill shelves and hire workers, American Eagle Outfitters — parent company to the American Eagle, Aerie, Offline by Aerie, Todd Snyder, AE77 and Unsubscribed brands — continues to leverage its foothold in the market and gain share, thanks to a formula that includes new products, key leadership changes and the acquisition of two different last-mile logistics firms in the most recent quarter.

“We’re light years ahead of the competition,” Jay Schottenstein, executive chairman and chief executive officer of American Eagle Outfitters, told WWD in an exclusive interview. “It was our strongest third quarter ever. We built the right systems and we brought the right people aboard

with us. And people like our product. They see we’re making better quality with great value on it and great fit and great selection. Everything is selling across the board pretty well. Our denim is driving a lot of business. Our leggings are strong; our tops are getting stronger. So we’re very excited about it.”

The CEO added that the acquisition of two last-mile logistics firms in the last quarter — AirTerra for an undisclosed amount in August and Quiet Logistics for $350 million in cash earlier this month — means the company has “the ability to get merchandise fast to our stores and keep it in stock at all times. That’s a big plus. And that’s why we have success there. And we still see it as a great growth opportunity.”

Recent leadership changes — including Jennifer Foyle’s recent promotion to president, executive creative director of both the American Eagle and Aerie, an elevated title she was given earlier this year to better reflect her additional responsibilities at AEO, as well as the new heads of design, merchandise and marketing at the AE brand brought on by Foyle — have also helped fuel the company’s growth, Schottenstein explained. There’s also the addition of key logistics players, such as AirTerra founder Brent Beabout, who is the former Nordstrom chief supply chain officer.

“At the end of the day, we think at all levels of our company, we have great talents — whether it be in the design side, the merchandise side, the logistics side or operations side, our art team side, the culture side of the company, the human resource side — we believe we have a great team, a strong team and we believe that the culture of the company is great,” Schottenstein said. “I think the morale of the company is good, as good as it’s ever been. And the great thing, as you know in this season coming up, there will be a lot of shortages out there of workers in stores. But we’re staffed.”

American Eagle Outfitters logged $152 million in profits as a result, up from $58 million a year earlier, and said the firm will exceed $600 million in operating income by the end of the year — far before its original 2023 target of $550 million, given during January’s Investor Day.

“I think [the momentum] is going to stay strong,” Schottenstein said. “My gut is that it’s going to be strong. We’re very optimistic that this could be a strong period of retail. Hopefully, [with the vaccine] life can go back to normal where you can go into stores, go inside again and feel normal again. And from the standpoint of going out, more people feel more comfortable. And they’re excited to get out. Everybody is happy to see everybody. And they know that going to a store is a safe environment and it’s safe to shop.”

The company did acknowledge higher freight costs and other supply chain issues currently plaguing the industry.

“But I think our team has done a great job preparing for these challenges,” Schottenstein said. “This time of season, we want to get the goods to the customer. And in the stores right now, we have a great selection of merchandise: It’s all current goods; it’s all timely goods. We’re very fortunate — despite all the headwinds — we’ve been able to maneuver very well against these headwinds and get our merchandise, despite countries closing down. It wasn’t like a factory closed down. A whole country slowed down. Despite all the headwinds, we’ve been able to be very functional and get our merchandise in the stores; we’re able to serve the customers. We’ve served the customers on a very timely basis.”

“And Quiet [Logistics] has a big ability to grow,” he continued. “We have several warehouses in operation. But in the next year or so, there’s going to be a lot more warehouses that will be added on to the Quiet system, and in a lot of other cities, too. And it doesn’t stop. And at the same time, we have our Offline business and our Aerie business, which still have tremendous growth potential. And our American Eagle business is getting stronger and stronger. Everyone is pleased with the performance at American Eagle stores. It’s just getting stronger and stronger.”

The CEO added that the company will continue to roll out additional technologies in the near-term, such as live retailing on its app.

American Eagle Outfitters ended the quarter with nearly $741 million in cash and cash equivalents, $336 million in long-term debt and more than 1,100 brick-and-mortar locations.

Shares of American Eagle Outfitters, which closed up 1.97 percent to $27.46 apiece Monday, are up 51 percent, year-over-year.