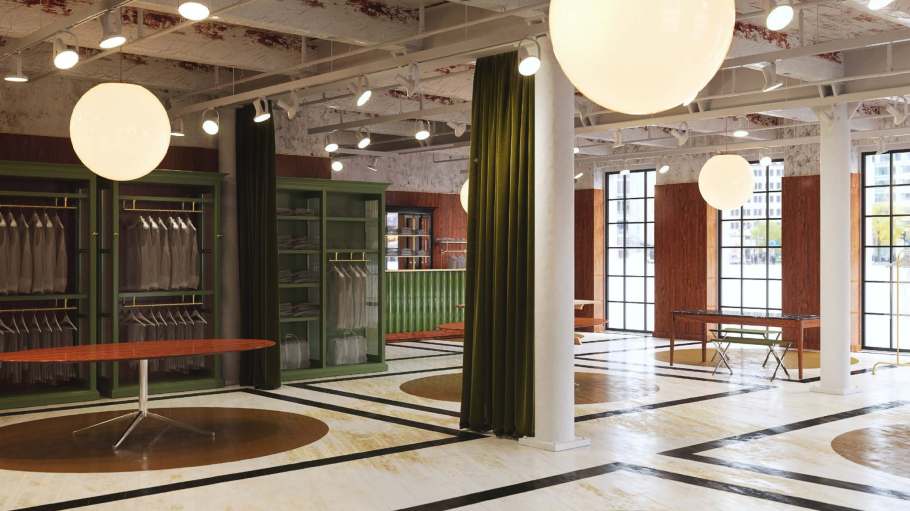 The unit in Williamsburg will be the designer’s sixth location.

The men’s wear designer will open his next store in April in Williamsburg, Brooklyn — a 3,000-square-foot location in the historic Mill Building at 85 North Third Street.

This will mark Snyder’s sixth permanent location following a 3,500-square-foot store in Rockefeller Center as well as a unit in Greenwich, Conn., which both opened in November.

As a brand founded and based in New York City, Snyder said he has been eyeing the outer borough for some time and wanted to ensure the store has the ability to serve as a one-stop destination for locals and travelers. “As we started to expand in the New York area, Williamsburg was an obvious choice,” he said. “I love finding buildings with history and gravitas, so this location was perfect for us. It’s surrounded by some great neighbors, too, and I can’t wait to see how it all comes together.”

The Brooklyn store will mix signature Todd Snyder utility design details with midcentury-inspired lighting and custom woodwork, alongside the original soaring ceilings, exposed beams and oversize windows of the former factory space. The store will feature an in-house tailor and a vinyl record bar while also offering same-day delivery in New York City, private shopping appointments and the company’s made- to-measure program.

In addition to the designer’s wardrobe essentials such as the selvedge oxfords, jeans and knitwear, the store will also offer suits, suede jackets and other high-end pieces as well as his long-standing collaboration product with Champion and a selection of his favorite brands including Moscot, Foundwell vintage watches, DS & Durga, Rototo, Alden Shoes, Birkenstocks and a large assortment of sneakers.

Snyder, who celebrated his 10th anniversary last year, has been de-emphasizing wholesale in favor of his own direct-to-consumer. He plans to open stores in the Los Angeles, Chicago, Boston, Dallas, Atlanta, Washington, D.C., and Miami markets. He said several additional stores are slated to open this year.

He said sales at his eponymous stores have been strong, including Rock Center, which is closed now for renovation after “an amazing holiday season.” The store will reopen in the spring.

“Our stores have continued to surprise us, especially during the pandemic,” he said. “We’ve chosen locations where we already have a strong customer base, so I’m really excited to finally be able to have physical outposts in these cities. I also look at stores

as a moment for discovery — both for our existing customers who can see what products they may not have known about and for new customers who may choose to pop in to check out a brand they’re unfamiliar with.

The Todd Snyder brand was purchased by American Eagle Outfitters in 2015 for $11 million and Snyder opened his first store under the new ownership, in 2016 in Madison Park. That store, which is his flagship, was followed by the Liquor Store location in TriBeCa in 2019, and a permanent shop in East Hampton.