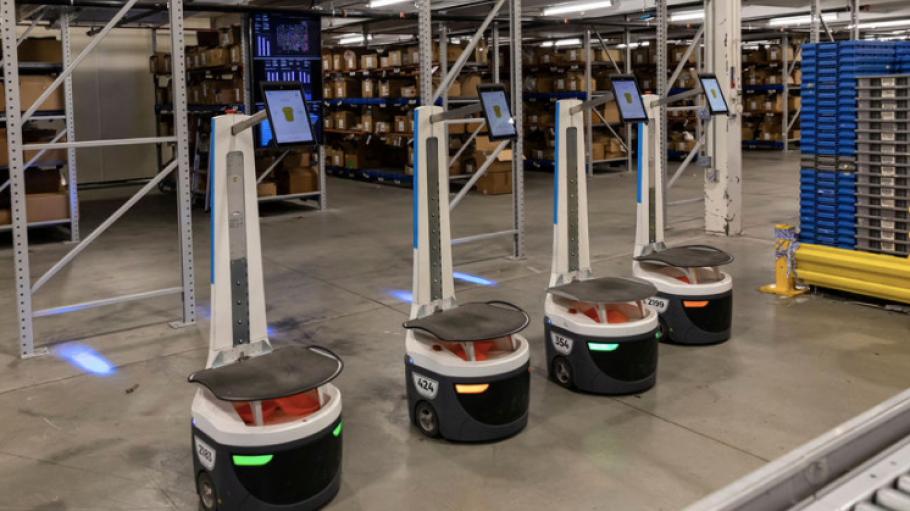 By: Evan Clark | Link to article

Shekar Natarajan is using the specialty retailer as a base to Uberize the supply chain with a sharing mentality.

Shekar Natarajan is trying to start a revolution — taking on retail logistics giants like Amazon and Walmart from his base at American Eagle Outfitters.

But as Natarajan gathers other revolutionaries to the cause, he’s having to overcome some of the deep-seeded competitive nature that has always hindered cooperation between retailers.

And cooperation is what’s needed if midsized players are going to compete with the giants when it comes to getting goods to consumers, he said.

A little myth busting might be in order, too.

While many companies talk about “owning” their supply chain, Natarajan argued that they only own a small part of it — like a distribution center — but don’t, for instance, control the temp agency that brings in people to keep packages flowing during peak season. They also spend a lot money maintaining capacity to handle the peak shipping season before the holidays and then only use that capacity for a month each year.

American Eagle paid $350 million in cash for Quiet, describing the deal as “the next step” in its “supply chain transformation.” Quiet uses “state-of-the-art technology and robotics” and “a network of modern centers, currently operating in Boston, Chicago, Los Angeles, Dallas, St. Louis and Jacksonville” to move goods closer to consumers. Together with Airterra, a logistics and supply chain platform, it forms the center of the company’s supply chain platform, which supports the retail business, but is operated independently.

It’s a budding enterprise that relies on a sharing mind-set.

“Everybody has a vertical pipe for themselves and that pipe doesn’t talk to the next guy,” Natarajan said, describing the global supply chain as a vast plumbing network. “We make products in the same factory, but we don’t share containers, we don’t even share the vessel.”

That kind of inefficiency was maybe less of an issue when companies were all playing in the same league.

“It’s not a level playing field,” Natarajan said. “American Eagle is a classic example of that. I worked for Walmart, I worked for Target, Coke and Pepsi Co. They are able to invest disproportionately into supply chain to compete in the future. Walmart moves about 50 billion units a year, American Eagle moves 225 million a year. What Walmart does in a day and a half, American Eagle does in a year. So the scale advantage of those big companies is simply ginormous.

“If you project the world into the future, what happens with e-commerce growth and the need for labor and capacity, it’s just taking off in a direction you cannot control,” he said. “The best way to bring back influence and control to the market is by creating that sharing mentality.”

In short, the retail supply chain needs to borrow a page from Uber’s playbook, sharing capacity and pulling resources from the broader marketplace.

Already American Eagle uses the distribution system along with about 50 other companies, including Peloton and Mack Weldon. Natarajan said the goal is to add another 200 brands to the system to get “a good last mile economic number” that puts midsized companies on a collectively better footing as they meet Amazon in the market.

“You cannot have big retail and very small retail, you need to have mid retail,” he said. “That’s how the diversity of the system is maintained and restored.”

And Natarajan sees the market coming his way.

With COVID-19 scrambling up the business of moving goods from factory to the consumer’s doorstep or the sales floor, more companies might be ready for a change.

“Supply chains today are anything but peace of mind,” Natarajan said. “You’re trading the supply chain competencies that you have for peace of mind that it’s going to run very efficiently” by buying into a bigger, sharing system.

But while COVID-19 might have sped things up, Natarajan said he and the supply chain were already moving in this direction.

“This has been an idea in the making for the last four and a half years,” he said. “American Eagle was the best place to begin the journey for us. And it also gave us the access and support of the senior leadership team to go experiment with this model. This is not a COVID[-19] reaction.”

Rather, it’s a movement on its way to a revolution. Or that’s the plan. Regardless, there seems to be much more to come.

“We are barely getting started,” Natarajan said.