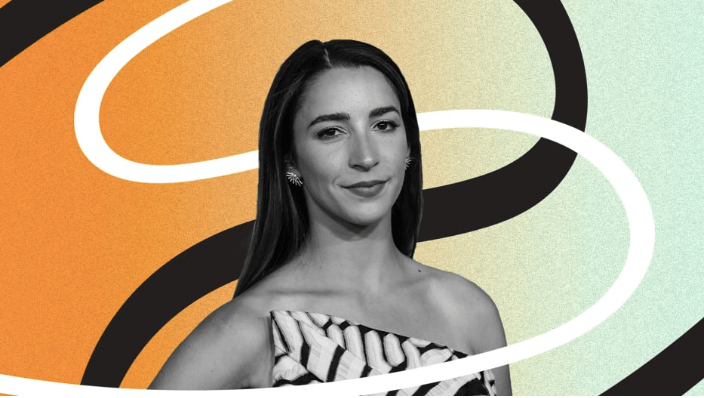 The athlete and activist spoke about her five-year partnership with the apparel brand, which began shortly before she came forward as an abuse survivor.

By: Sarah Lynch | Link to Article

Shortly after Aly Raisman began her partnership with apparel brand Aerie five years ago, the gold-medal gymnast came forward as a survivor of sexual abuse.

Her announcement made a swift and resounding impact along with more than 100 lawsuits from the hundreds of victims of former USA Gymnastics doctor Larry Nassar. The team at Aerie found out about Raisman’s story with the rest of the world and stood by her with steadfast support—a move that Raisman commended. The athlete and advocate spoke on Monday alongside Stacey McCormick, Aerie’s SVP of marketing, at a Retail Influencer CEO Forum hosted by Berns Communications Group and moderated by Stephanie Mehta, CEO of Fast Company owner Mansueto Ventures.

“My well-being has always been the priority working with Aerie and that means so much to me, because that’s not always the case,” Raisman said. She recalled when Nassar was sentenced in January 2018; Raisman had been scheduled to promote Aerie on NBC’s Today show the next morning, but Aerie supported her as the topic of conversation quickly needed to shift.

“There wasn’t even an ounce of hesitation,” McCormick said. “We just wanted to make sure, more than anything, that she felt that we were there for her. It was just an example of how important it is to really partner and embed with people that you believe are truly part of your culture and that you believe in their story.”

With Offline by Aerie x Aly Raisman, an activewear collection introduced last year, a portion of proceeds went to Darkness to Light, a nonprofit that Raisman works closely with, aimed at empowering adults to prevent child sexual abuse.

“Even if we can save one child from being abused, I think that is so important and so powerful,” Raisman said. “Having this long-standing partnership, we’ve really gotten to know each other really well. Just being able to have that impact together is really exciting.”