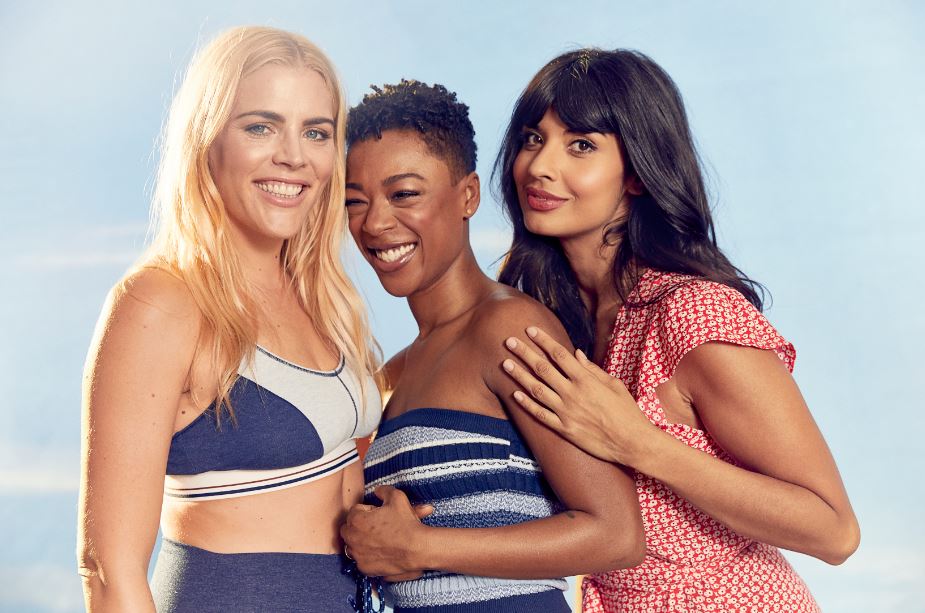 Aerie has a new crop of #AerieReal role models.

“It takes some time because we are really looking for women who are making change in their community,” said Aerie’s senior vice president of marketing Stacey McCormick when asked how they select the role models. “It would be almost impossible to go down to one. These women represent the many facets of what our community is and it allows us to inspire different women through their stories.”

The crux of the marketing campaign, which will appear in stores and on social media platforms, highlights each role model’s power. For Burke, a blind teenage activist, her power is acceptance as she embraces people based on who they are and not how they look. Philipps’ power is authenticity as she’s known for being herself and speaking her truth.

The group of women skews a little bit older than the typical Aerie customer, and McCormick said that was purposeful.

“I think as we grow the brand and our customer base gets bigger, we are really understanding that there is a dynamic in our base,” McCormick said. “We have women who are having kids and raising young women. We are seeing our consumer base broaden and these women represent what our customer represents.”

McCormick said as opposed to just being a face, #AerieReal role models will engage with customers at in-store events titled Real Talks.

“It allows for our customer to see them live and hear them talk on a panel and have the ability to talk to them afterward,” McCormick said. “It continues dialogue and the conversation and now with having more role models we will be able to do more of those.”

In 2014, Aerie announced that it would stop retouching campaign imagery. As a mass retailer, it’s been at the forefront of the body positive message while retailers like Victoria’s Secret have held on to a confined idea of beauty. The approach is working for Aerie. For its third quarter, American Eagle  — Aerie’s sister brand — had sales surpassing $1 billion and business was up for Aerie by 32 percent. The team is focused on opening 60 stores in 2019.

“One of our best ways to acquire customers is to open stores,” McCormick said. “We know that she wants the experience. She wants to feel good in our brand and feel like she’s in a safe space.”