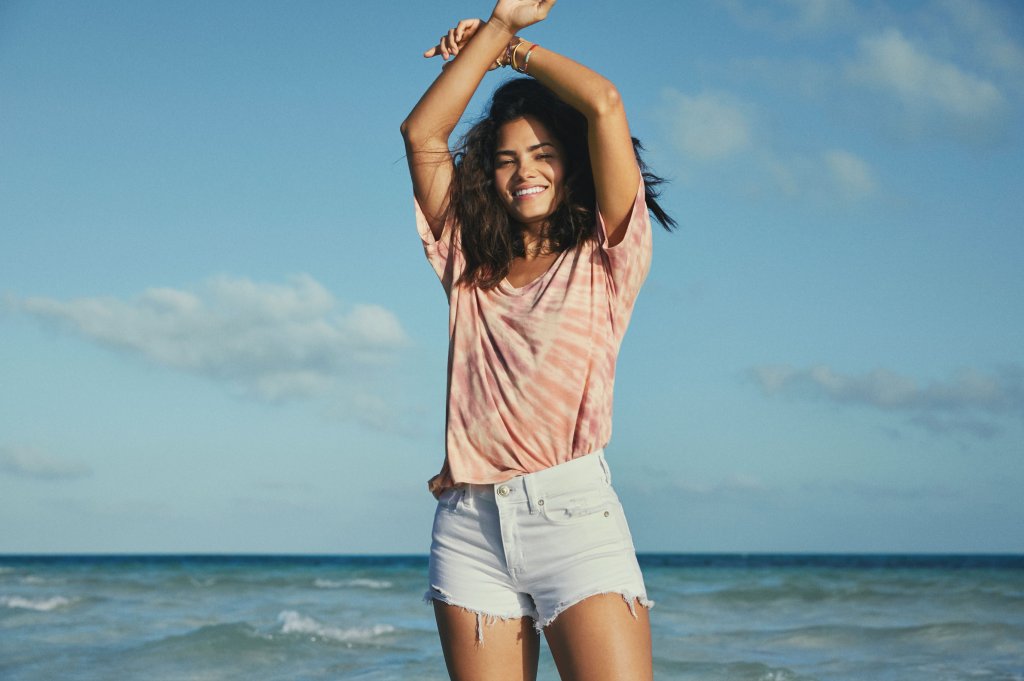 Its shares were down around 1% on the news in extended trading, however, as the company didn’t provide a financial outlook for the full year. The stock had closed the day up more than 5%.The results follow strong showings earlier in the week from both Urban Outfitters and Abercrombie & Fitch. The three retailers’ executives are pointing to pent-up demand — particularly among younger consumers — who are eager to get out of the house and socialize again. And as they do that, they want new outfits to don in front of family and friends.

American Eagle had already preannounced in April that its first-quarter sales were on pace to top $1 billion.

Momentum has continued to accelerate into the second quarter, it said Wednesday.

Here’s how American Eagle did for the period ended May 1, compared with what analysts were anticipating, based on Refinitiv estimates:

Sales at the company’s namesake American Eagle brand were up slightly from 2019 levels, it said, at $728 million. While Aerie’s revenue surged 89% on a two-year basis, to $297 million.

Jen Foyle, chief creative officer at American Eagle Outfitters and global president of Aerie, said in an interview with CNBC that the company has pulled back on promotions, helping to boost profits. The business also is reacting faster to fashion trends, such as the popularity of high-rise and wide-leg pants, she explained. And it is getting smarter about suggesting other pieces on mannequins in stores and online to complete entire looks.

“We continue to just focus on really getting the outfits [right] and completing the look,” Foyle said. “Focusing on tops and dresses and fashion. … We’ve really started to attack that, fast.”

American Eagle shares are up about 76% year to date.