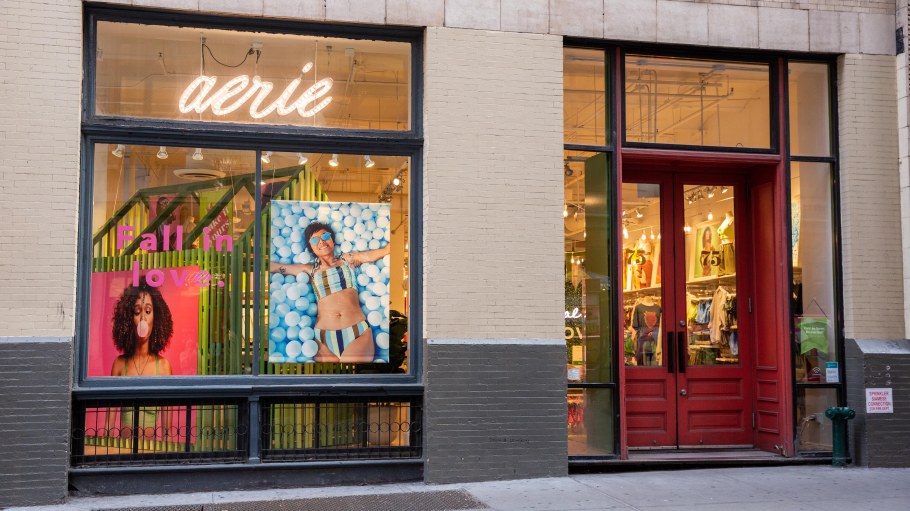 The It Gets Better Project was started in 2010 by syndicated columnist Dan Savage and his partner Terry Miller.

By Rosemary Feitelberg | Link to article

The It Gets Better Project and American Eagle Outfitters Inc. and its American Eagle and Aerie brands have raised $1.18 million for the LGBTQ youth community through this year’s Pride partnership.

Syndicated columnist Dan Savage and his partner Terry Miller started the It Gets Better Project in 2010 to offer hope and support to LGBTQ youths. They created an international movement and social media campaign with 70,000-plus people sharing their it-gets-better stories. The nonprofit now reaches millions of young people through media programming, educational resources, affiliates in 20 countries and the U.S. and access to community-based providers.

The goal of the It Gets Better Project is a world where all LGBTQ youth live equally and know their worthiness and power. LGBTQ students are more likely to experience victimization, violence and suicide than their peers, according to the Centers for Disease Control and Prevention’s 2019 “Youth Risk Behavior Surveillance” results.

The money that has been raised will be used to roll out two projects this fall. The first will be part of It Gets Better Edu, an education program that was launched by American Eagle as part of the 2019 Pride partnership with It Gets Better. That year more than 3,000 students took part in It Gets Better Edu programming, and 750 educators were trained how to use It Gets Better stories in their classrooms.

The second American Eagle Outfitters-supported initiative will unite the It Gets Better Project with young leaders in dozens of communities across the country to honor the LGBTQ experience. More specifics about both projects will be shared on the organization’s site in the coming months.

The It Gets Better Project team worked with the retailer to create a “Sisterhood of the Traveling Pants”-inspired content-driven series to celebrate diversity and body positivity. (The title refers to the 2001 bestselling series of young adult novels that focus on four girls who acquire a pair of jeans that fit all four of them perfectly even though they are different sizes. It was turned into a film series starring Blake Lively and others.) The video series included styling suggestions for the American Eagle Pride collection beyond gender binary. That was featured across the brand’s Instagram and TikTok channels.

American Eagle Outfitters teamed up with the It Gets Better Project in 2017, and the company has subsequently generated more than $3 million for the organization. That tally has made the company the largest donor in the group’s history. Given that, a video was developed to document how the two parties have worked together in the past five years. That aired as part of the second annual “It Gets Better: A Digital Pride Experience.”

Check out the below video for a look inside this special partnership.