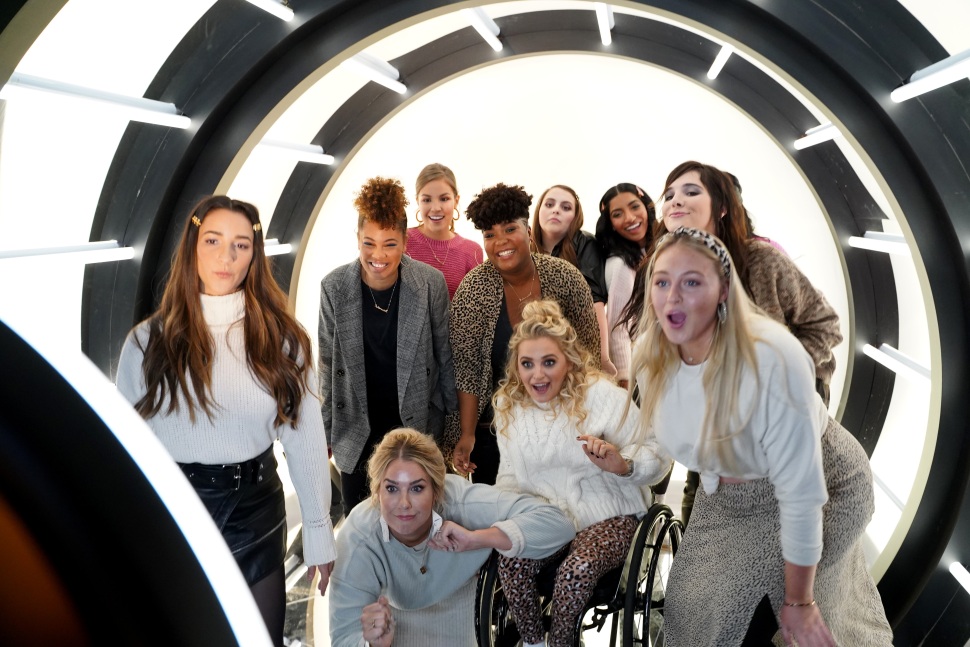 By Isabella Simonetti | Link to article

If you got some Aerie in your stocking this season, it wasn’t just a cute pattern that put it there.

If you try on a pair of jeans in Aerie’s dressing room, you’ll be confronted by a slew of post-its with handwritten messages in marker: “Be confident,” “You do you girl,” “We were born to be real. Not perfect.” You can even write your own “body-positive” message for other women to see.

Since 2014 the American Eagle subsidiary has rebuilt its brand around self-acceptance through its Aerie REAL campaign. It began with a commitment to stop airbrushing photos of models and has evolved into an elaborate digital marketing effort including the recruitment of a diverse set of ambassadors and models like Olympic gymnast Aly Raisman and body-positive influencer and model Remi Bader. Aerie has gained recognition for slowly outpacing lingerie giant Victoria’s Secret, whose supermodel Angels began to seem like cultural relics. Victoria’s Secret — which closed hundreds of stores as its parent company, L Brands, was rocked by charges of sexual harassment and the revelation of close ties between its founder, Leslie H. Wexner, and Jeffrey Epstein — has attempted to rebrand by doing away with the Angels and enlisting the help of new brand representatives like Megan Rapinoe.

Ten years ago, you might’ve bought a bra because you saw it on an ultra-thin model in a store window or on a woman in a luxurious-looking television ad. Deficit marketing — encouraging people to buy products based on qualities, ideals, or a lifestyle that they don’t have — allows brands to capitalize on longing and insecurity. But increased awareness around issues like women’s body image and the impact of social media on mental health is changing business decisions. Aerie — which has sparked 28 consecutive quarters of double-digit growth for the company —  has shown consumers are also inclined to buy products based on values they want to align with as opposed to the people they want to become.

“There’s been a shift from that towards this other type of marketing that is trying to say: Our product incarnates these values. You as a person have these also good values and therefore by buying our product you are enacting those values,” Rachel Rodgers, associate professor in the Department of Applied Psychology at Northeastern University said.

Rodgers researched body-positive marketing campaigns, focusing on Aerie’s, in 2019. Participants in the study, undergraduates aged 18 to 23, said that they viewed the brand in a more positive light because of its promise not to airbrush photos.

“We paved the way, Aerie did,” Foyle said. “I think we took a very bold move in fashion, we were the first to do so and we set out to not airbrush our models and have that become part of the Aerie brand which now you would know as Aerie REAL.”

Other brands have rolled out similar marketing campaigns focused on empowerment and body positivity, dating back to the early 2000s. Unilever, the owner of Dove, started the Dove Campaign for Real Beauty in 2004, to promote confidence among young women. The National Eating Disorders Association, which Aerie has a partnership with, has highlighted other body-positive campaigns including Dressbarn’s More Than a Name, Always’ #LikeAGirl, and Glossier’s Body Hero campaign.

Aerie’s focus on more realistic, inclusive models has been accompanied by substantial business successes for the brand, according to associate partner at Clarkston Consulting Sean Burke.

“Inclusive marketing is a big trend across the board and they’re one of the ones who seems to have embraced it the best,” he said.

Burke also noted that there has been intense “disruption” in the retail space over the past few years, which makes Aerie’s sustained success all the more impressive. The company has also managed to leverage the rise of TikTok to its advantage by using influencer marketing to boost sales.

“Why spend tons of money to put a generic commercial up and not know if you’re going to have a captive audience at that point in time when you can pay an influencer who has potentially millions of followers, and many of them very loyal, and some of which have cultured a community to where people want to follow exactly what this person’s doing or feel like you’re part of a group in doing so?” Burke said.

It’s not just big names like Raisman and Bader who are generating revenue for Aerie, though. According to Burke, the brand has also effectively used micro-influencers to push their content to smaller audiences.

“There are big influencers out there that can generate a lot of the more viral nature of marketer influencing, but these micro-influencers have these really tight communities that can be positive,” he said.

While Aerie has successfully rebranded around “body positivity,” there’s a conflict of interest that occurs when a brand is using values-based marketing to encourage a customer to buy something. Still, as Rodgers’ research indicates, Aerie’s marketing efforts appear to serve young women in making them feel less insecure about themselves while buying things.

“There is an inherent tension between selling something — I mean it’s more obvious if the product is something like cellulite cream — and saying at the same time ‘but you should love your body!’ Rodgers said. “At the same time, if it leads brands to change their imagery, is that not yet still a good thing?”