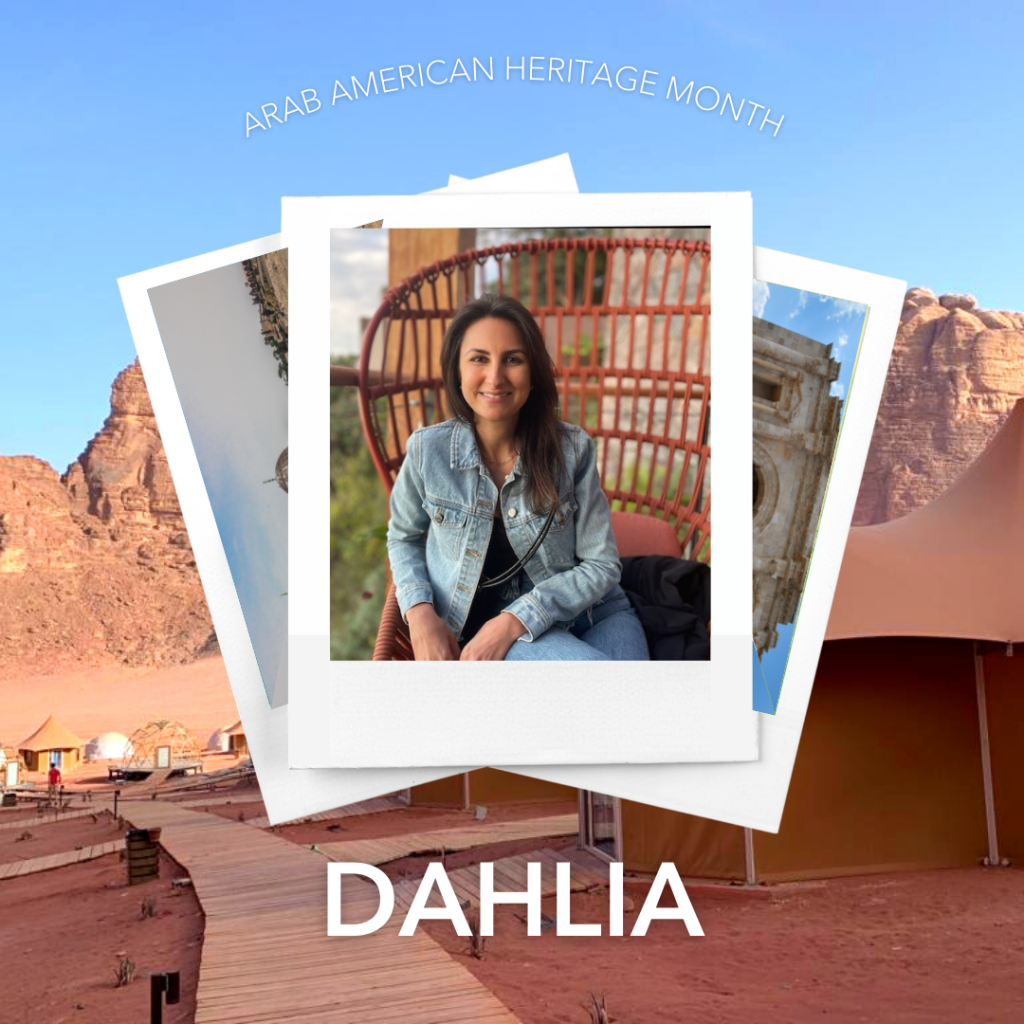 AEO is dedicated to building, promoting and empowering a diverse workplace. In honor of Arab American Heritage Month, we are proud to highlight Dahlia, VP – GMM AEO International.

Dahlia first joined AEO in 2010, and after six years left to pursue other ventures, until returning in 2019 as the Sr. Director of Global Buying. She was promoted to VP – GMM AEO International in 2020.

As a first generation Arab American of Palestinian descent, Dahlia moved to the U.S. with her family in 1994.

“Coming to the U.S. at a young age undoubtedly shaped my upbringing and my future,” Dahlia says. “I am forever grateful for the sacrifices my parents made to bring me here. That said, preserving our culture and traditions in the U.S. was always an interesting balance in a time and age when all you wanted to do was fit in.”

For Dahlia, Columbus, Ohio was a world away from her family members and Palestinian roots. However, her family was able to embrace and celebrate their Arab heritage through film, music, art, and (most specifically) food.

“One of the strongest elements of Arab culture is food.” Dahlia says. “We have a broad array of spices in our cooking influenced by neighboring countries and cultures throughout time and history. Some of today’s most popular ‘modern cooking’ dishes and spices originated in the Middle East centuries ago, like hummus, za’atar, or even bulgur and freekeh grains.”

Dahlia’s Arab culture is undoubtedly important to her, and she is also dedicated to sharing her traditions and Palestinian pride with her friends, family and community. Especially during a time of generalizations, stereotypes and misconceptions about Arab culture, Dahlia’s love for her heritage shines through and inspires those around her to think differently.

“What I would love for people to know is that the Middle East is a wonderful place, filled with rich culture and history that dates back centuries,” Dahlia shares. “When you think about all the religious historical sites, the great Pyramids of Giza, Petra, the Dead Sea or Mecca, it is simply amazing! It is a welcoming community and one that encourages others to learn about it. We’ve come a long way over the years, but there is still a way to go.”

Although Arab American Heritage Month is coming to a close, AEO continues to embrace diversity all year round. Thank you, Dahlia, for sharing your story! And to our Arab American associates, we wish you a generous and safe Ramadan.