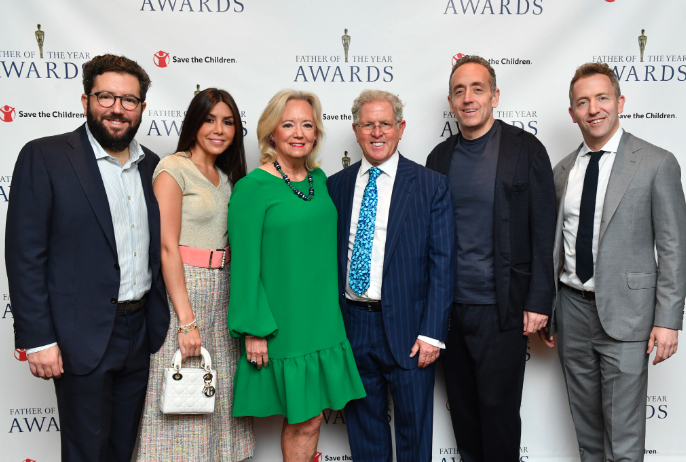 By: Shoshy Ciment / Link to article

Jay Schottenstein was one of three fathers honored at the 80th Annual Father of the Year Awards on June 14.

The entrepreneur and philanthropist, who serves as the chairman and CEO of American Eagle Outfitters and as chairman of the board of Designer Brands Inc., accepted the award at the Sheraton New York Times Square Hotel in New York City at a luncheon benefitting nonprofit organization Save the Children.

“What makes this day so special for me is having my family here today,” said Schottenstein, mentioning his wife of 45 years, Jean, as well as his three sons, their wives and his six (soon-to-be seven) grandchildren. “I’ve learned to be a good father, you must have a great partner. I am fortunate to have a great wife.”

Between 2005 and 2009, Schottenstein served as CEO of DSW. In addition to his board positions and current role as CEO of American Eagle, the business mogul also serves as chairman of American Signature Inc./Value City Furniture, Schottenstein Property Group and more. He and his family are benefactors to a variety of community and national funds and organizations.

Schottenstein explained how the legacy he forged through his children and grandchildren is a direct result of the guidance he received from his father, a major role model in his life.

“He was my role model in how he conducted himself. He and my mother taught me so much including to be consistent, have a strong belief in God and a responsibility to help others,” Schottenstein said. “My wife and I have worked hard to pass those values to our children and grandchildren.

The ceremony took place at noon and was hosted by Mark Shriver, special advisor at Save the Children.