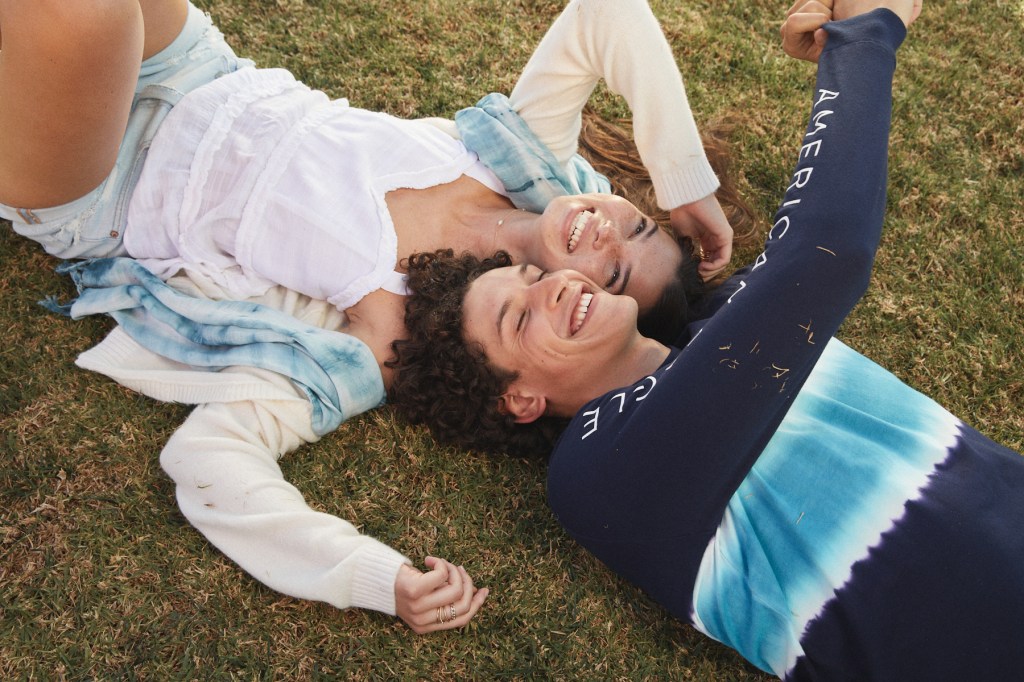 American Eagle Outfitters has had a good year.

While many competitors are struggling to stay afloat, the retailer, which counts the American Eagle and Aerie brands in its portfolio, has reached record heights. That includes passing more than $1 billion in revenues at intimates apparel and loungewear brand Aerie, launching the Offline and Unsubscribed brands, opening physical stores and plotting an international expansion. The stock price is up, too, about 59 percent, year-over-year.

Now the company is setting some new goals, such as hitting $5.5 billion in total group revenues by 2023 ($2 billion at Aerie alone), $550 million in operating income and returning American Eagle to profit growth over the next three years. The “Real Power. Real Growth” formula entails updating the retail fleet, growing the digital business and adding increased omnichannel functions, such as additional regional distribution centers and clienteling services.

“We currently have 880 stores between the U.S. and Canada. We see that getting down to somewhere between 600 and 700 over the next three years,” said Michael Rempell, executive vice president and chief operations officer of American Eagle Outfitters. “But we’re confident that we can transfer sales from closed stores into other stores or online, continue to acquire new customers and make the American Eagle brand more profitable over time.”

Jennifer Foyle, chief creative officer of American Eagle Outfitters and Aerie global brand president, added that store closures will be selective, with the intent of creating the best combination of brick-and-mortar locations and online in each market.

“We believe in the mall,” Foyle said. “We definitely think there’s going to be entertainment [in stores] in any form of fashion once we get through COVID-19.”

Meanwhile, the American Eagle store closures will make way for more Aerie and Offline stores — from 342 Aerie locations to about 550 by 2023, along with a handful of Offline stores in select markets.

In addition, the company’s digital channel continues to expand. This year alone it reached nearly $1.7 billion in sales, but Rempell said it will add about $400 million with increased omnichannel capabilities, such as same-day deliveries options from stores, apps that allow customers to check themselves out while still in stores and livestream virtual shopping this spring.

In the near term, the company is expecting operating income to exceed $95 million for the current quarter, excluding restructuring charges and other fees and potential impairment charges, compared with operating income of $77 million the same time last year.

The retailer also updated fourth-quarter guidance Thursday morning ahead of its planned Investor Day, with total company revenues for the quarter now expected to decline in the low single digits — due to declining mall traffic and store closures amid the pandemic — but improved margins and profitability (Aerie’s revenues up in the high 20-percentage range, American Eagle down in the low double-digit range), thanks to a robust holiday season with fewer promotions and double-digit growth in the digital channel.

“Aerie is growing at a tremendous rate. And the best part about Aerie is that we continue to see all categories of the business being really strong,” Foyle said. “We’re really going to try to stay on top of our game there. Certainly the price-value equation is one thing. We think our quality is best in show. But also, I think we show up differently. We test bodies; we test silhouettes. And we have the ability to chase incredibly well in both brands. And we’re strategic about that chase. We want to make sure it works in the store and works with our assortment well. We don’t just chase to chase. We’re chasing with conviction and a point of view.”

Rempell added that less promotional activity throughout the holiday season didn’t do much to deter shoppers.

“Demand stayed very strong,” he said. “We sold fewer units, but we sold them at much better margins than we had previously. And really the same thing for American Eagle. The people who came, came with an intention to buy. And our stores did an incredible job helping them to find what they want and converting traffic we did get into sales.”

Of course, in the world of specialty retail, the company had a few things going for it pre-pandemic that allowed it to thrive in the era of COVID-19, like innerwear and loungewear that are suited for the at-home lifestyle. In addition, the firm’s balance sheet allowed it to launch new brands while others retailers were grasping for a lifeline.

But Rempell said other things are at play, too. Such as setting up regional distribution centers that help better manage inventory and cut costs.

“What’s happened in previous seasons — and I think what’s happened in retail in general — is that retailers would push so much inventory out to their stores, and then they were shipping, and then a lot of that wasn’t being sold in the stores, so they were shipping it via e-commerce. And the cost of doing that, particularly of having many split shipments as a result of that, was getting very expensive,” Rempell explained. “So we took a different stance this year. We decided to set up these regional hubs, pull inventory out of stores and keep it in the hubs, replenishing stores faster. And rather than shipping e-commerce from all of our stores, we were trying to concentrate more of the e-commerce coming from these regional hubs, rather than our main distribution centers in Pennsylvania and Kansas.

“It’s kind of like Amazon,” he continued. “Amazon is constantly delivering stuff to you very quickly and usually from a location that’s very close to your home. That’s not really how fashion has traditionally been managed. And the reason is because fashion is less predictable.

Foyle added that the pandemic taught her and her team to streamline customer relationships, sourcing, digital capabilities and product assortment for a more efficient business.

“We learned; we got better with age. It opened up a new form of selling culture,” she said.

“A lot of our competition is closing doors and shuddering. And I think this is an opportunity for American Eagle Outfitters to gain share. It’s just a huge win and I’m excited to really leverage that into the future.”