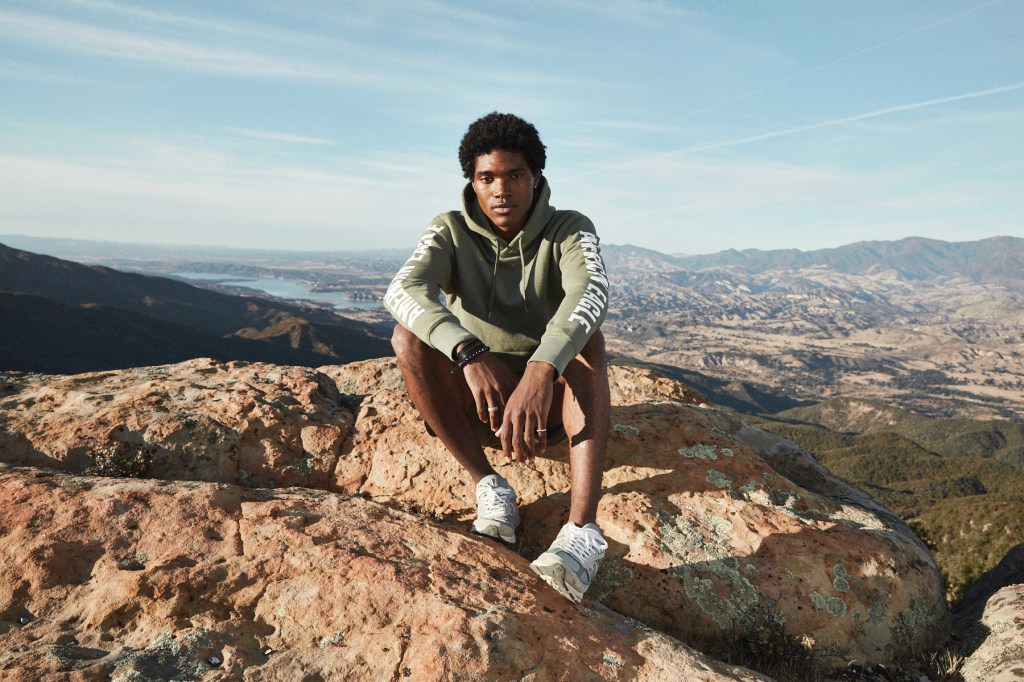 You can’t be everything to everyone — at first, anyway.

In an investor meeting on Thursday morning, American Eagle Outfitters, Inc. executives heavily focused on a theory that’s so far proven true for the company and that it’s banking on for its future. As stated on a slide, “Category focus drives loyalty and creates brand opportunities.”

Though a common strategy, particularly among young direct-to-consumer brands, establishing dominance in a single product category as a gateway to growth is easier said than done. But, with its American Eagle and Aerie brands, AEO has the first step on-lock. With big revenue and profit goals for 2023, it’s now working toward a more balanced product focus. And, according to Jay Schottenstein, AEO CEO and executive chairman of the board, delivering speed, convenience and engagement will be key to retaining and engaging customers along the way.

With its launch category of intimates, 15-year-old Aerie has been headed in the same direction, but at an accelerated clip. Last year, it was reported that Aerie was the second largest e-commerce lingerie retailer, based on sales, following Victoria’s Secret. But rather than focus on securing the top spot, it’s leaning into its other apparel categories and eying those it has yet to tackle.

A presentation slide called out Aerie’s opportunity, picturing its current $1 billion annual revenue as a small seed in the mega $123 billion women’s apparel market. Since 2015, as it’s built out other categories, Aerie’s intimates category has declined from 60% of its total sales to 31% in 2020. Meanwhile, “soft apparel” has grown from 21% to 31%, and activewear — via its Offline spinoff brand launched in July — increased from 5% to 20%. Activewear is a $16 billion market.

Jennifer Foyle, Aerie’s global brand president, who added AEO Inc. chief creative officer to her title in September, said in a call on Tuesday that American Eagle is following suit in building a lifestyle brand. “We want to take our product and really give it a facelift — particularly tops,” she said. “We have a huge [denim] franchise, and we really own that market. But the opportunity for the future is really to leverage outfitting.”

Doing so is the focus of one of “a few strategic key hires” Foyle has made since expanding her role. Renee Heim, who Foyle had previously worked with at J.Crew, was brought in to head up American Eagle’s women’s merchandising, overseeing all fashion categories, including tops and accessories. Craig Brommers, with experience at Gap and Abercrombie and Fitch, was brought on as CMO of all AEO brands.

While the company wants to catapult Aerie’s revenue — with a goal of more than doubling its 2019 results ($801 million) to $2 billion by 2023 — its focus for American Eagle is holding steady at $3.5 billion in annual revenue while increasing its profits. Company-wide, AEO is aiming to increase its operating margin from 7.3% in 2019 to 10% in 2023.

According to Foyle, AEO has honed in on increasing its AUR, or average selling price per item. “We’ve pulled back on our promotional activity, and we’ve seen no resistance,” she said. Currently, AEO is cash-flow positive and has more than $1 billion of available liquidity.

Ahead of Thursday’s meeting, American Eagle provided projections for the fourth quarter, scheduled to be reported on March 3. It expects its adjusted operating income to exceed $95 million, up from $77 million in the same period last year. Aerie is expected to see double-digit revenue growth, for the 25th consecutive quarter, nearing 30%. AEO’s total revenue is expected to decrease in the low single digits, owed to store closures and weak mall traffic.

“Due to Covid, we’ve learned to cope with inventory efficiencies and really leverage our better stores and some of our new omnichannel capabilities,” said Foyle. “But store traffic is down in the high double digits, on a daily basis.”

Annually, Aerie is averaging a 15% increase in customers and a 10% increase in their average annual spend, equating to 25% sales growth (CAGR). It currently has 8.5 million customers, but to date, its penetration among its target female consumers is low — for example, it’s less than 3% in most Southwest U.S. states. To reach more shoppers, it plans to increase its store fleet from 342 — including four Offline-branded stores — to 550 by 2023. Also by 2023, it aims to reach more than 50% of female online shoppers.

In the last year, AEO’s prioritized increasing its customer service options and omnichannel capabilities. Among other offerings, it now provides alternative payment options including Afterpay, store-to-door delivery and social commerce, plus same-day delivery and customer self-checkout through pilot programs. Its digital sales have seen consistent growth, with a compound annual growth rate of 22% since 2015. It estimates that $1.1 billion of $1.7 billion in 2020 digital revenue will be made via its app or mobile site.

TikTok has recently become a bigger driver to Aerie’s e-commerce site. In November, an organic post by influencer Hannah Schlenker (780, 000 followers) featuring a pair of Offline by Aerie Real Me high-waist crossover leggings drove 708,000 on-site searches — the style has since been restocked five times. In April, Aerie partnered with Charli D’Amelio for the #AerieREALPositivity TikTok challenge,  which generated more than 2 billion views on TikTok and an average increase of 855% in site traffic during the challenge, including 138,000 views of the #AerieREAL Life homepage in one day.

The value of dressing the nation’s leaders

Several fashion brands had their day in the sun on Inauguration Day.

Images of the president, first lady and vice president wearing outfits by Ralph Lauren or Pyer Moss, among others, were amplified by the vast news outlets covering the ceremony, as well as the many social media users live-posting for their followers. According to Launchmetrics, a data research and analytics company for the fashion industry, the media impact value of each look topped $3.9 million within 24 hours of the event. MIV is derived by assigning a monetary value to each piece of marketing based on the voices, channels and markets involved.

Coverage of President Joe Biden wearing a Ralph Lauren suit on Inauguration Day had an MIV of $5 million, $4.8 million of which was pegged to online media and $284,000 of which was linked to social media. First Lady Jill Biden in Markarian, meanwhile, earned $5.8 million in MIV. But Vice President Kamala Harris’ choice designers received significantly more attention: Images of her wearing Christopher John Rogers (to the ceremony), Sergio Hudson (on Wednesday night) and Pyer Moss (on Tuesday night) had an MIV of $8.2 million , $7.2 million and $3.9 million, respectively.

“Christopher John Rogers garnered the most Media Impact Value from the inauguration ceremony not only because all eyes were on Madame Harris as she made history, but in large part due to the greater significance of having chosen a young, black, queer designer to embody this landmark moment,” said Alison Bringé, CMO at Launchmetrics. “To put it in perspective, when Christopher John Rogers showed his Spring 2020 collection at New York Fashion Week, the brand generated just over $1 million MIV, while yesterday’s events accumulated upward of 8-times that, in less than 24 hours.”